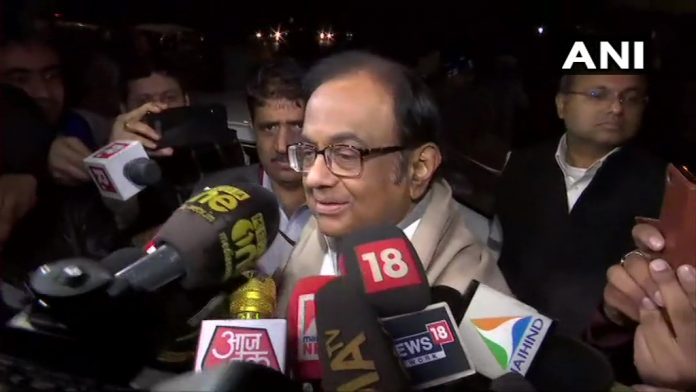 Senior Congress leader P Chidambaram walked out of Tihar jail today after spending 106 days in prison and said not a single charge has been framed against him.

He also said “I will address a press conference tomorrow. I am happy that I stepped out and breathing the air of freedom after 106 days.”

“I cannot speak on the case and I will obey the orders but the fact is that after 106 days of incarceration, there is not a single charge against me,” Chidamabaram told reporters.

Supreme Court restrains P Chidambaram from giving press interviews or making statements with regard to the case. Chidambaram has also been asked to furnish bail bond of ₹2 lakh plus two sureties of same amount.

Several Congress workers greeted P Chidambaram after he came out of the prison. His son Karti Chidambaram welcomed him as he stepped out of Tihar jail.