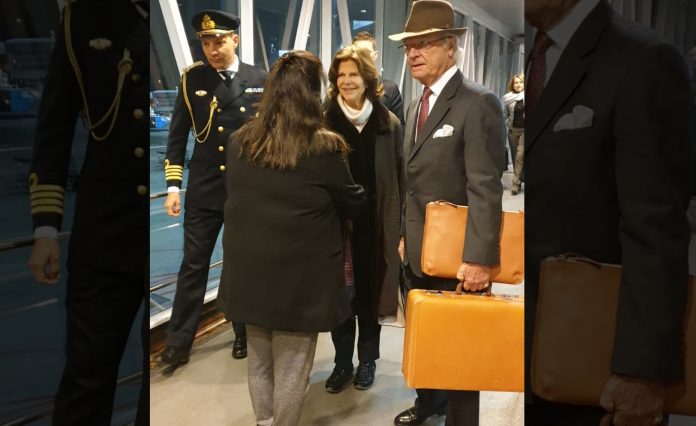 King Carl XVI Gustaf and Queen Silvia of Sweden are in India for a five-day visit. Upon their arrival on Monday, King Carl is gaining a lot of praise from social media.

The royal couple travelled in an Air India flight from Stockholm and the national carrier tweeted few pictures of the Swedish royal couple in which King Carl can be seen carrying his own bags.

The king of Sweden has been widely praised on Twitter for carrying his own bags at the airport:

Wow carrying his own luggage. No vip business. When do we learn from them and shed the babu culture?

Inspiring to see a king travel by a commercial service and that too of another country’s airline. In these times of economic slowdown can India’s leaders not demonstrate the same frugality?

The Swedish royal couple, who arrived here early on Monday morning, are here for five days.

They were accorded a ceremonial reception at the Rashtrapati Bhavan. The royal couple will visit Jama Masjid, Red Fort and Gandhi Smriti on Monday. The King will also meet with President Ram Nath Kovind on ways to further boost ties between the two countries.