Home Home Slider In our party every one is ‘Sabala’: Nirmala Sitharaman on Cong MP... 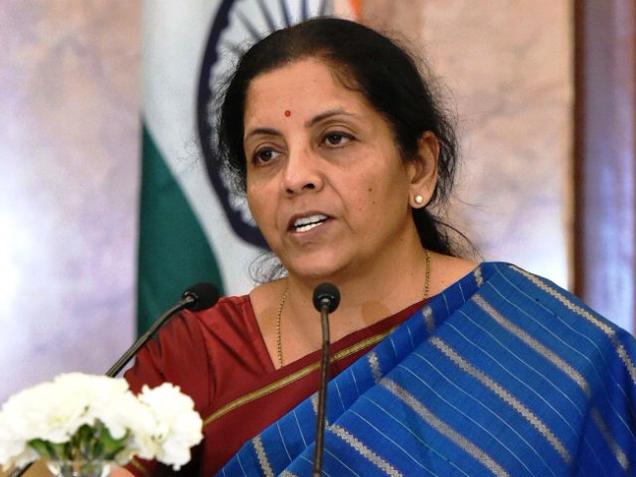 Congress MP Adhir Ranjan Chowdhury said in Lok Sabha that the BJP-led government’s lack of long-term vision was to blame for the slowdown in the country’s growth, and wondered if it wouldn’t be more apt to address Finance Minister Nirmala Sitharaman as “Nirbala” Sitharaman.

The word “Nirbala” is the Hindi word for powerless and was said as an insinuation that she was not being allowed to take her own decisions on matters related to the country’s economy.

“We do have a lot of respect for you, but sometimes we wonder if it wouldn’t be more apt to address Finance Minister Nirmala Sitharaman as ‘Nirbala’ Sitharaman instead. She heads the Finance Ministry, but we don’t know whether you are even able to speak your mind on the economy,” news agency ANI quoted Mr Chowdhury, also the leader of the Congress party in the Lok Sabha, as saying.

Data released late last month showed that India’s gross domestic product (GDP) had slowed to 4.5% in the July-September quarter, the lowest recorded in six years. The opposition Congress had attributed the slump to the BJP-led central government’s “divisive policies”.

In his address to the Lok Sabha, Mr Chowdhury also claimed that industrialists were reluctant to invest in the country because the credibility of the BJP-led government was in doubt. He asked the government to take immediate steps to reduce personal indirect taxes to bring India back on the path to progress.

The Congress MP had earlier picked on Prime Minister Narendra Modi and Home Minister Amit Shah to criticise the proposed Citizenship Amendment Bill, a legislation aimed at granting citizenship to non-Muslim migrants who came to India before December 31, 2014. “I can say that Narendra Modi and Amit Shah Ji are infiltrators themselves. Their homes are in Gujarat but they have come to Delhi,” Mr Chowdhury told ANI.

BJP spokesperson Sambit Patra responded by demanding an unconditional apology for the “insult”, pointing out that Congress president Sonia Gandhi was herself of Italian origin.