As Parliament’s Winter Session entered its third week, the focus shifted to the heinous and shocking gang rape and murder (and burning) of a young woman veterinarian from Telangana; a crime that has left the nation totally shaken and unnerved. Anger was widespread in both the houses of the parliament and protests were underway in Delhi and Hyderabad. 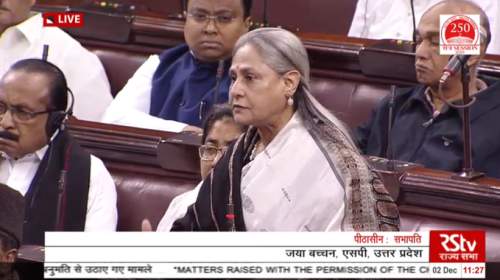 Both the houses of the parliament saw heated discussions on the topic of women safety.

In the Rajya Sabha, Samajwadi Party leader, Jaya Bachchan said that if the government cannot provide security, let public give judgment. She said that if the authorities haven’t been able to provide security, then “leave it to the public to give judgment”. Bachchan had also suggested that people like the four men accused of raping and killing the Telangana doctor should be lynched in public.

Rajya Sabha MP Jaya Bachchan: These type of people (the accused in rape ) need to be brought out in public and lynched https://t.co/2QcQh1FugY

Meanwhile in the Lok Sabha, Union Defence Minister, Rajnath Singh said that the Modi government is open to discussions on making rape laws tougher and if there’s consensus on a more stringent law, the government is ready to bring it into force. He, however, left it on Speaker Om Birla to decide if such a discussion should take place.

NCP’s Supriya Sule said she hangs her head in shame over such an incident and said that there should be zero-tolerance for such incidents.

Vice-President (and Rajya Sabha Chairman) Venkaiah Naidu, who spoke about the Hyderabad rape-murder case today in the Upper House, said what was required wasn’t a new bill, but “political will, administrative skill,” and a change of mindset. Post that, he said, “go for [the] kill of the social evil”. 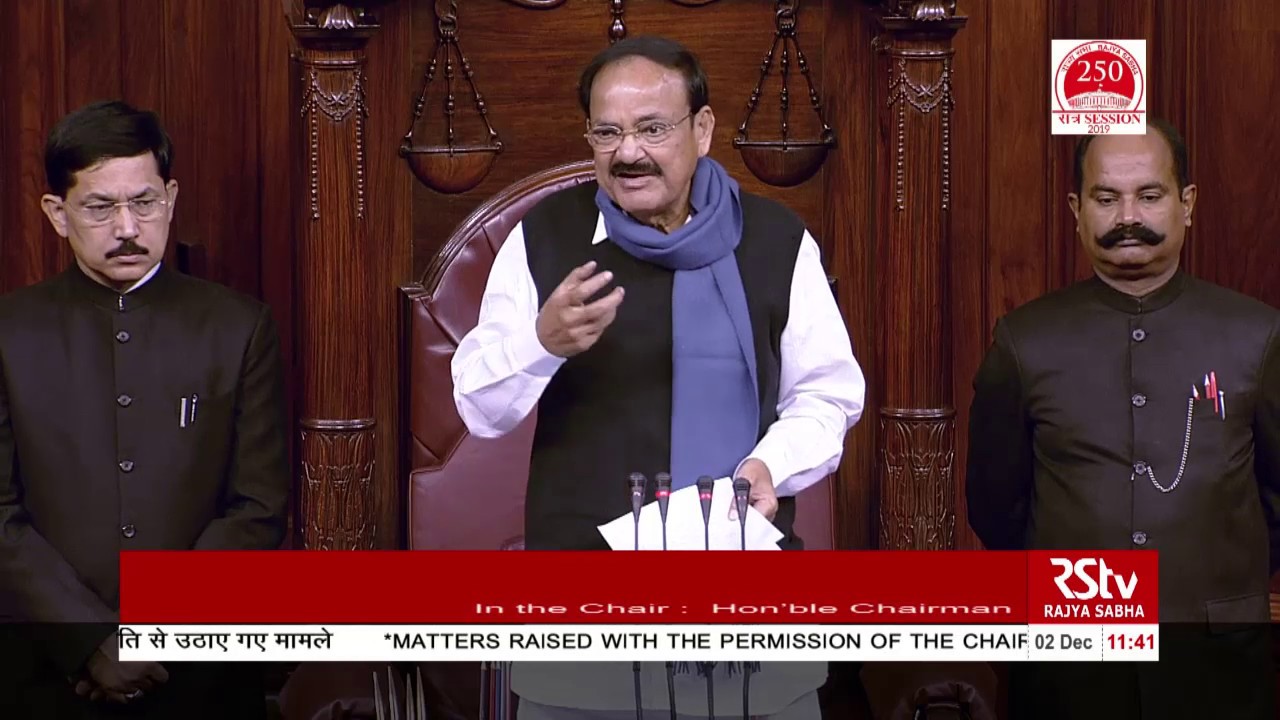 In an emotional speech, AIADMK’s Rajya Sabha MP, Vijila Sathyanath, said that the four accused in the Hyderabad vet rape-murder case should be hanged before December 31. She further said that a fast track court should be set up.

Congress leader and Rajya Sabha MP, Ghulam Nabi Azad, said that this problem can’t be solved by just making laws. To eradicate such acts, there’s a need that we take a stand together against such crimes.

Speaker Om Birla said that the Parliament is also concerned over such incidents and gave permission for discussion on this after Question Hour.

The All India Trinamool Congress, the Revolutionary Socialist Party, the Shiv Sena and the Congress have given an Adjournment Motion notice in the Lok Sabha over the “gang rape and killing of girls in Hyderabad”.

Aam Aadmi Party MP Sanjay Singh has also given a Suspension of Business notice in the Rajya Sabha over the “increasing crime against women and the Hyderabad incident”.

BJP MP Prabhat Jha has given a Zero Hour notice in the Rajya Sabha over the “increasing crime against women, [e]specially the incident in Hyderabad”.

Veteran dancer and Rajya Sabha MP, Sonal Mansingh, said that she is ashamed and shocked and disappointed that such incidents are reported from across country. She questioned the need for the govt, police, civil society apathy.