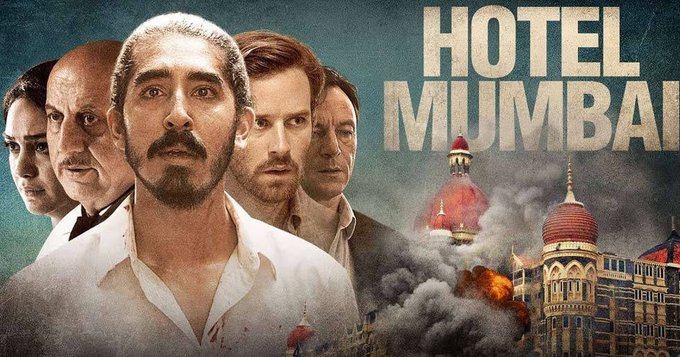 Veteran actor Anupam Kher and Dev Patel starrer thriller ‘Hotel Mumbai’ based on the 26/11 terror attack, witnessed a slow growth and raked in Rs 4.81 crore over the weekend.

The film which opened up to a lukewarm response managed to mint Rs 1.08 crores on the first day of its release.

The film which garnered Rs 1.70 crore on Saturday and Rs 2.03 on Sunday, needs to maintain the grip on weekdays for a healthy week.

Earlier, in order to commemorate the 11th-anniversary of the terror attack, Anupam who plays the role of Chef Hemant Oberoi met the real-life hero Chef, who saved the lives of many people.

The terror attack took place on November 26, 2008, in Mumbai. On this day, the city came to a standstill when 10 Lashkar-e-Taiba (LeT) terrorists carried out a series of coordinated attacks.

The ghastly attacks lasted for four days killing 166 people and injuring over 300. While nine terrorists were killed by security forces, Ajmal Kasab was captured alive and sentenced to death.