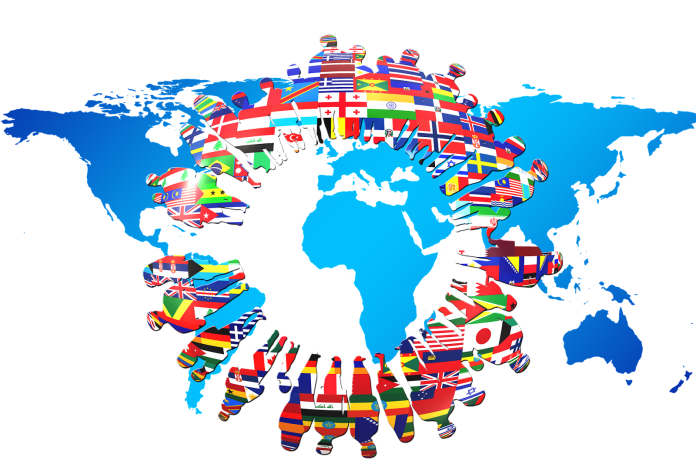 The previous week has rather been a week of intense foreign policy engagements in New Delhi. India’s relations with its neighbour Sri Lanka and its strategic partner Japan have been elevated to greater heights. This week ahead, there are certain developments around the world that will impact India and her interests. Let us look at a few of them:

 The Swedish King Carl XVI Gustaf and the Queen will be on a six-day visit to India starting from December 1st. They will be accompanied by the Swedish Foreign Minister Ann Linde; the Business, industries and innovation Minister Ibrahim Baylan; the State Secretary of Health and social welfare Maja Fjaestad along with 150-member business delegation.

The two sides hope to enhance their economic engagements. The bilateral trade between the two nations as of 2018 stands at US $3.37 Billion. Many Swedish companies have expressed their interest to invest further in India. Ikea, a furniture company hopes to expand into other Indian cities apart from Hyderabad and Mumbai. They have also expressed their interest to purchase the agricultural residue from the farmers in Haryana and Punjab and thus help Delhi combat air pollution related issues.

Some of the areas where the two sides could sign agreements are related to environmental management, water cleaning technologies and start- ups.

Though ahead of this visit, the Swedish Foreign Ministry made certain avoidable references to the Union Territory of Jammu and Kashmir and called upon India to ease the restrictions currently in place to combat Pakistan state sponsored terrorism.

 The newly elected Government in the state of Maharashtra had indicated that it may stop the Ahmedabad- Mumbai bullet train project that is being constructed with the help of the Japanese. The work on the US $17 Billion project began in 2017 and may receive a setback. Even as the Indian economy is experiencing a slow down (Q2 Real GDP stands at 4.5% growth), the last thing the country can afford is another decision that affects the investor sentiments. In recent times, decisions such as scrapping the Amaravathi start up city (Singapore had invested and was helping the Andhra Pradesh Government), delays in the Ratnagiri ARAMCO oil refinery (Maharashtra) has spoilt the confidence of the investors.

 Afghanistan’s elections results haven’t been declared officially yet, even as the polls have concluded more than a month ago. The recounting and tallying of votes have resulted in violence and it is certainly adding on to the instability of the nation.

 In the “land of pure”, the government’s legislative inefficiency and incompetence was on full display before the Supreme Court of Pakistan. General Qamar Bajwa has given an extension of six months and the government has been ordered to come up with a legislative framework regarding the tenure of the COAS (Chief of Army Staff). This extension has led to infighting amongst the selectors (the civilian governments aren’t elected by the people but selected by the all-powerful Military in Pakistan).

 The new government in Sri Lanka has started the process of balancing its foreign policy equations and international investments. It has sent out a clear message that it shall not be a colony of the Chinese and has invited investments from India and Japan even as it has said that it will be reviewing all Chinese projects in the island nation.

It has also suggested that it will be an inclusive government working for the development of all sections of the society.

Inside the “Middle Kingdom”

China has been facing a tough time due to certain activities of its own doing. Its claim as a world power is being challenged on a daily basis. In the previous week it has faced setbacks due to the following:

 Pro-Democracy candidates have won the district council elections in Hong Kong. This is considered as a set back to the mainland as its candidates have been reduced to a minority.
 The township of Wenlou in the Guandong province close to the city of Hong Kong witnessed heavy protests as the residents protested against the construction of a crematorium. These protests are being seen as being influenced by the Hong Kong protests.
 The documents related to the treatment of the prisoners in Xinjiang Autonomous Region has busted the Chinese lies and have confirmed the grave human rights violations being carried out with impunity even as the middle kingdom lectures India on the situation in J&K.
 There is no forward movement on the trade deal with the US.

The British elections are due on December 12th, 2019. This week will see intense campaigning by the political parties. The main issues are related to BREXIT, privatisation of the National Health Service (NHS) and security related issues amongst others.
PM Boris Johnson is seeking a full term. The Labour Party is hoping to corner the conservative over issues related to privatisation of NHS, BREXIT negotiations and deal with the US amongst other issues.

 December 6th is the National day of Kazakhstan.
 December 7th is also the day when the Japanese forces bombed Pearl Harbour in the US in the year 1941. It brought the US directly involved in the World War 2 after this incident.