Home NM FACT CHECKER This idol of Lord Narasimha is NOT in Japan; here’s the truth... 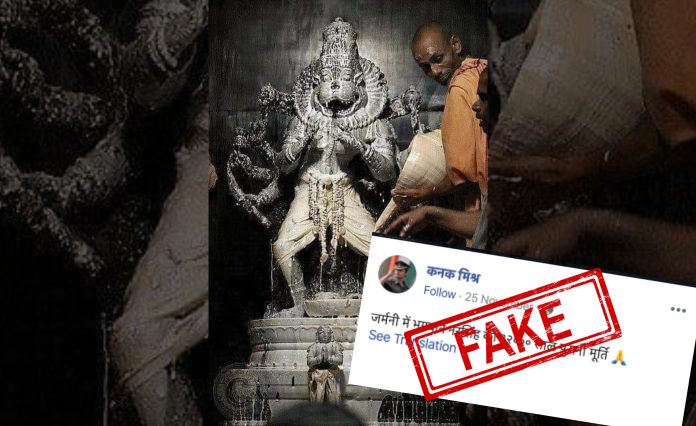 A picture of an idol is making rounds on social media and it has been claimed that the picture is of the idol of Lord Narasimha which is situated in Japan. 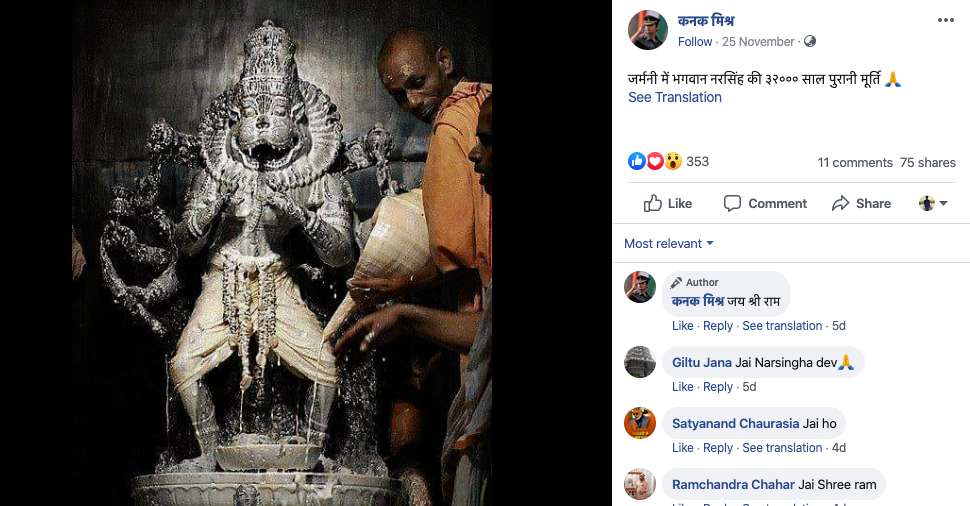 When NewsMobile fact-checked the above post, we found that the claim attached to the picture is FAKE.

On putting the picture through Reverse Image Search on Yandex, we came across the similar image of Lord Narasimha which is said to be in Mayapur.

When we looked further with keywords such as ‘Lord Narasimha’, ‘Mayapur’, we found the above picture which was used in a website called harekrsna.com. According to the article, the picture is from Sridham Mayapur which is on West Bengal. 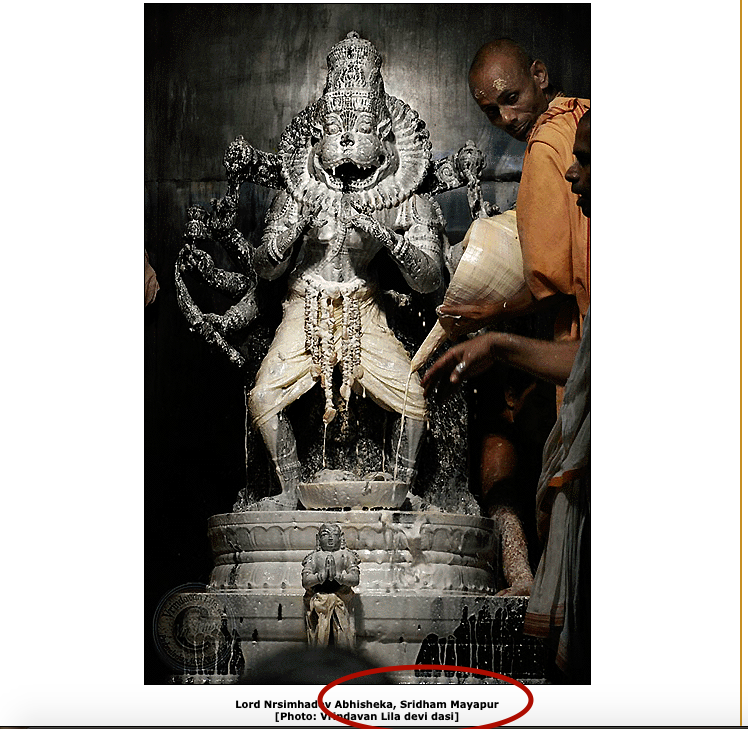 Hence, in conclusion, the above information proves that the above picture is from India and not Japan as claimed in the above post.