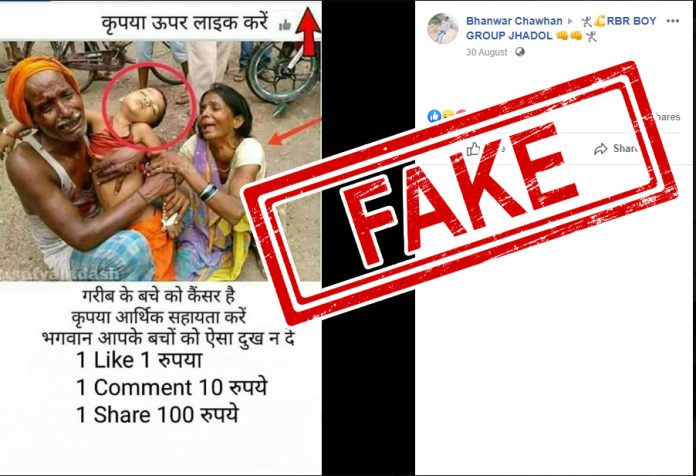 A picture of a couple crying while holding an unconscious child is doing online. A message is being shared along with the picture stating that the child is diagnosed with cancer and needs financial aid. The post also urges people to share it.

NewsMobile fact-checked the above post and found that the child in the picture died in 2018 due to pneumonia.

On putting the image through Reverse Image Search, we found several media reports featuring this image.

As per the reports, this incident is from the Siwan district of Bihar. In August 2018, the child passed away at a clinic in Siwan, allegedly due to wrong medication. 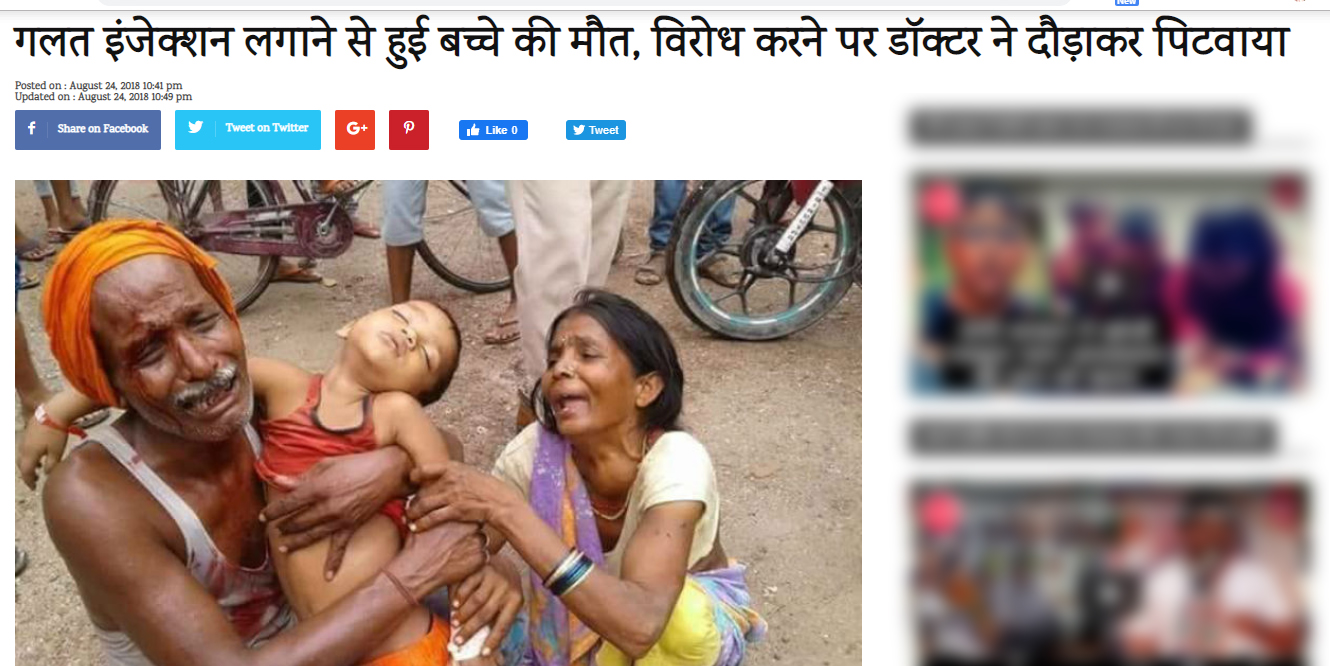 The reports suggest that Awadhesh Sharma took his six-year-old son Aryan to the clinic after he complained of cold and cough. After examination, the doctor told that Aryan has pneumonia. The family of the child claimed that Aryan’s health started deteriorating rapidly after he was given an injection.

Whereas, a doctor at the clinic claimed that the child was dead upon his arrival.

You can see the media report here, here and here.

The above information proves that the child in the picture does not have cancer and the picture is old.