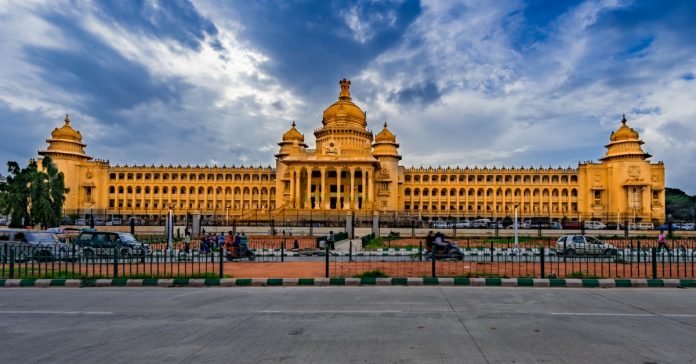 The Bruhat Bengaluru Municipal Corporation is all set to cancel the trade licences from December 1st, 2019 of those business establishments who haven’t updated their signage to reflect the 60% Kannada rule.

Establishments have demanded more time to comply with this rule, however, BBMP has pointed that enough time has been given and there shall be no further extensions.

However, it was also pointed that there are other establishments not under the control of the BBMP but are either registered with BESCOM (Bengaluru electricity board) or which are in residential colonies where BBMP has no jurisdiction.

Sachin Gowda, a young entrepreneur from the city is of the view that the BBMP has done the right thing. He said: “Bengaluru is a cosmopolitan city. However, the first priority of the establishments should be to respect the Kannada language and Kannadigas”. He also pointed that establishments including public sector banks refuse to provide their services in the local language. He said that: “Other states such as Tamil Nadu have more stringent rules and the people there are being served in their language. What is wrong if Bengalureans demand the same?”. He also called on the BBMP to ensure that establishments employ more Kannadigas in their premises. He said that people learning the language will avoid conflicts in their place of residence and contribute to social harmony.

However, Arjun Arora, a start up founder believes that this is a complete non priority item and the BBMP should concentrate on rescuing the city from being a living hell with endless infrastructure problems and traffic issues. He called this move populist and said that it reeks of vote bank politics.