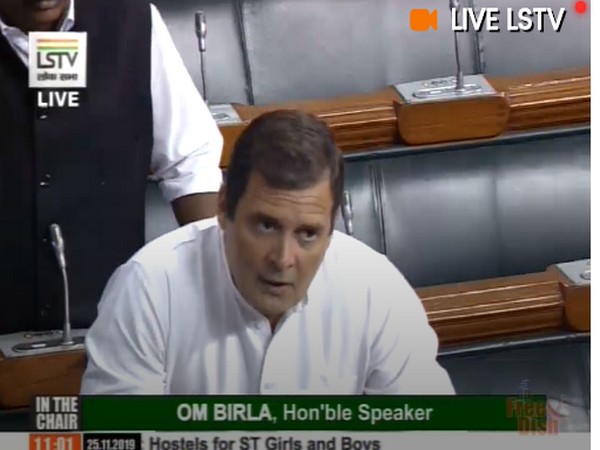 Congress leader Rahul Gandhi on Monday spoke briefly during Question Hour in the Lok Sabha but did not ask his query and accused the government of “murdering” democracy in Maharashtra.

Gandhi, who spoke while opposition members were protesting in the House over the manner in which government was formed in Maharashtra, said he was not asking his question but there was no point “as democracy has been murdered in Maharashtra”.

Speaker Om Birla asked Congress members to take their seats as their leader was speaking. However, the protest continued. The House was subsequently adjourned till 12 noon.

BJP leader Devendra Fadnavis took oath as the Maharashtra Chief Minister and NCP leader Ajit Pawar as his deputy on Saturday morning. The Congress, NCP and Shiv Sena have been trying to form a non-BJP government in the state.