Home Home Slider Video of digital attendance in school is NOT from Delhi; here’s the... 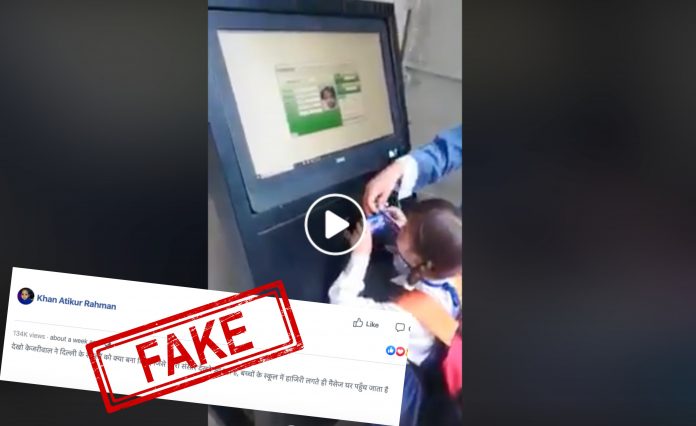 A video is making rounds on social media in which school students can be seen scanning their ID cards to mark attendance. It has been claimed that the video is shot in a Delhi school.

Several Facebook users shared the video and claimed that the viral video is from Delhi, hailing Arvind Kejriwal led Delhi government for the advancement.

(Translation: Look at what Kejriwal has made to Delhi’s schools, which the whole world is coming to see, the message reaches home as soon as the children attend school) 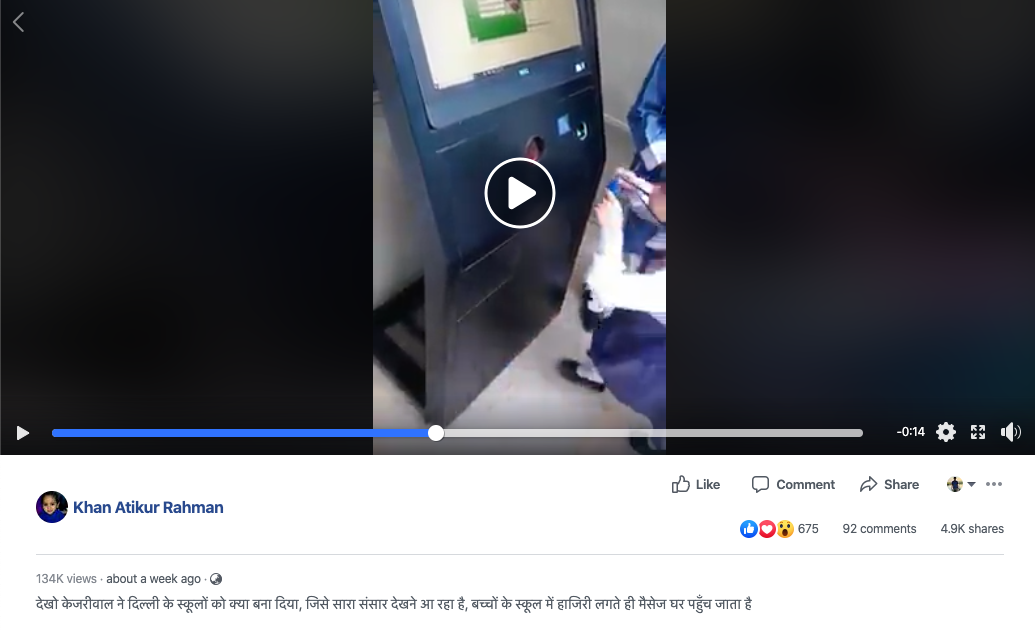 NewsMobile fact-checked the above post and we found that the claims attached to the video are FAKE.

On looking closely we can see that the date on the biometric system which is July 31st. 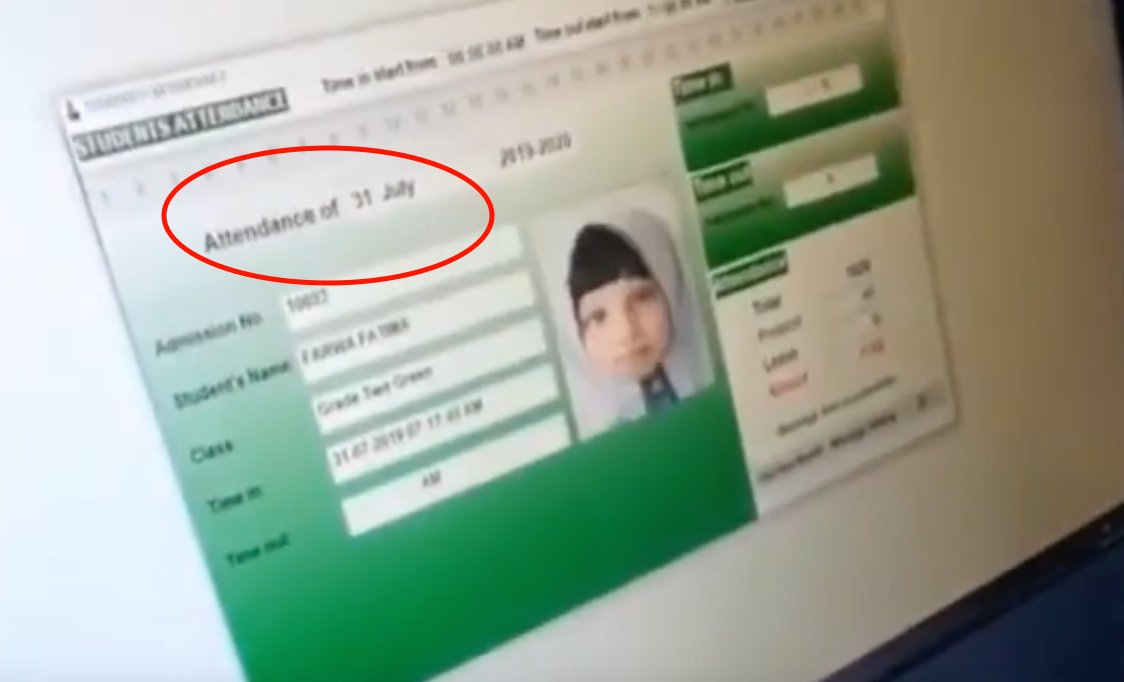 On putting the video through Reverse Image Search, we found that the video was first uploaded on a Facebook Page 96 News Pakistan on July 31st, 2019.

According to the caption, the video was actually from a school in Pakistan’s Rawalpindi.

(Translation: The student attendance is such that this is a private school scene in Rawalpindi)

Several Pakistan based YouTube channels posted the same video after it went viral.

In conclusion, the above information proves that the viral video is not from a Delhi school.