Home Home Slider This viral picture of a cop hitting a woman protestor is not... 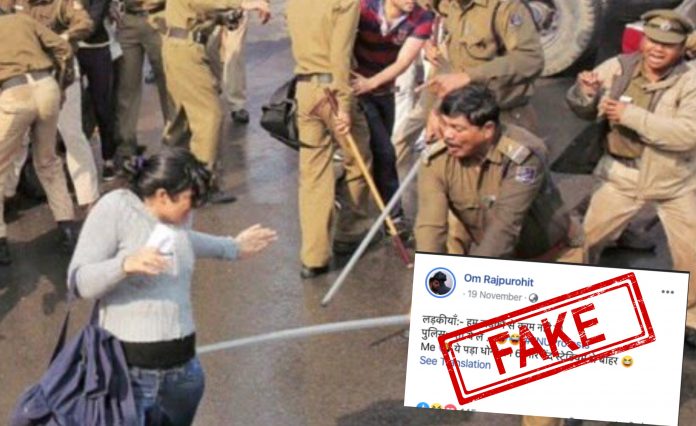 Amid the massive protests in the prestigious Jawaharlal Nehru University (JNU) over hostel fee hike, a picture has surfaced on social media in which cops can be seen lathicharging on a woman protestor. It has been claimed that the picture is from the recent protests.

ALSO READ: Video of digital attendance in school is NOT from Delhi; here’s…

In fact, the same picture was used in one of the Tweets by Youth Congress.

Team of fact-checkers checked the above post and found that the claim attached to the viral picture is FAKE.

On putting the picture through a simple Reverse Image Search, we came across news reports which had featured the same picture. We found that the viral picture is almost 7-years old, it is from the protest against the infamous Nirbhaya rape incident in 2012.

Hence, the above information proves that the viral picture is NOT from JNU protests.