Home Home Slider Did Gautam Gambhir say that his work is more important than pollution? 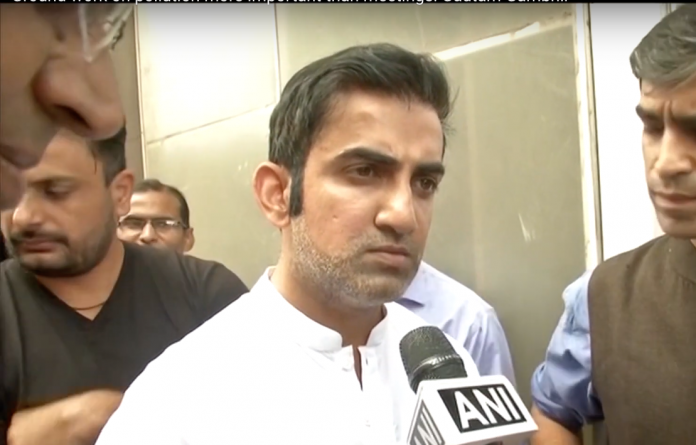 After cricketer-turned-politician, Gautam Gambhir faced a backlash over not attending a meeting of Parliament’s Standing Committee on deteriorating air quality in Delhi, an eight-second video is making rounds on social media.

In the video clip, the reporter asks “Why didn’t you turn up for the meeting?” to which Gambhir responds “Is the meeting important or my work important? In the past five mo..”

The video clip is widely shared on social media and Gambhir is slammed once again after being slammed for eating jalebi with VVS Lakshman in Indore.

When NewsMobile fact-checked the above clip we found it to be misleading.

As we can see the microphone of news wire ANI, we scanned through the official YouTube channel of ANI and found the full video of Gambhir’s news byte.

As we can see in the above video, the original ANI byte is of 90-seconds, out of which an 8-second clip was culled out in which the phrase ‘my work’ is being portrayed as Gambhir’s personal work.

In the full video, Gambhir says, “Is the meeting important or my work important? I have listed the work I have done in the past five months. Please look at the work done over the past five years by them (AAP government). I have informed them via email on November 11, that I will not be able to attend the meeting because of contractual obligations. It is not like I informed them (the committee) on November 13. Instead of trolling me, if they (AAP government) had worked on addressing the issue of air pollution we would be breathing properly.”

In conclusion, the 8-second video of Gautam Gambhir was circulated on social media in order to portray him as indifferent to the issue of pollution in the national capital.