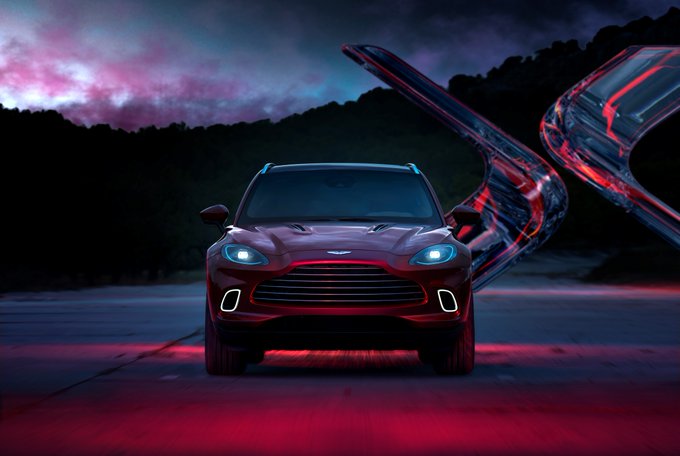 In a history of a classic 106 years, it is the first time that Aston Martin has built an SUV and it has now officially made its global debut at the 2019 LA Auto Show.

The production model of the Aston Martin DBX was unveiled on Wednesday and while it’s virtual development began way back in 2015, the physical testing of the car started in Wales last year.

The DBX opens gates to a new era for Aston Martin as the company aims to deliver an SUV with sports car levels of dynamic performance.

“DBX is a car that will give many people their first experience of Aston Martin ownership. As such it needed to be true to the core values established in our sports cars, while also providing the lifestyle versatility expected of a luxury SUV. To have produced such a beautiful, hand built, yet technologically advanced car is a proud moment for Aston Martin”, said Dr Andy Palmer, Aston Martin Lagonda President & Group CEO. 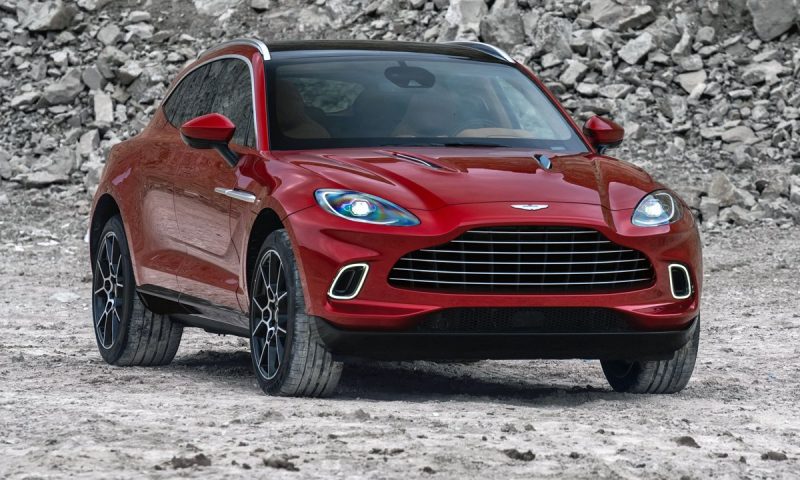 The DBX carries the sturdy and neatly bold aura of an AM. It gets the signature ‘DB’ grille, and looks athletic because of the sculptured sides and design feature line, to the tailgate with a flip that draws inspiration from Vantage. 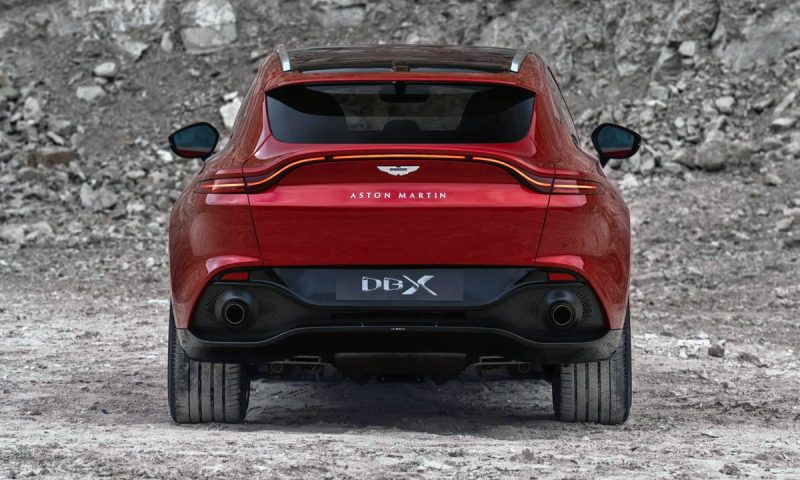 The hidden side glass seals on the frameless doors and glass B-pillar finishers add an elegant sleekness to the stance.

Aaton Martin has kept in mind the crucial role of aerodynamics, and hence designed the SUV in a meticulous to cit as much resistance as possible. The daytime running lights (DRLs) have an integrated aerodynamic duct, which channels air through the front wheel arches and along the side, helping to reduce both drag and lift while also cooling the brakes. Air flows cleanly over the roof, through the rear wing, over the sharply-raked rear window and on to the upswept rear flip. 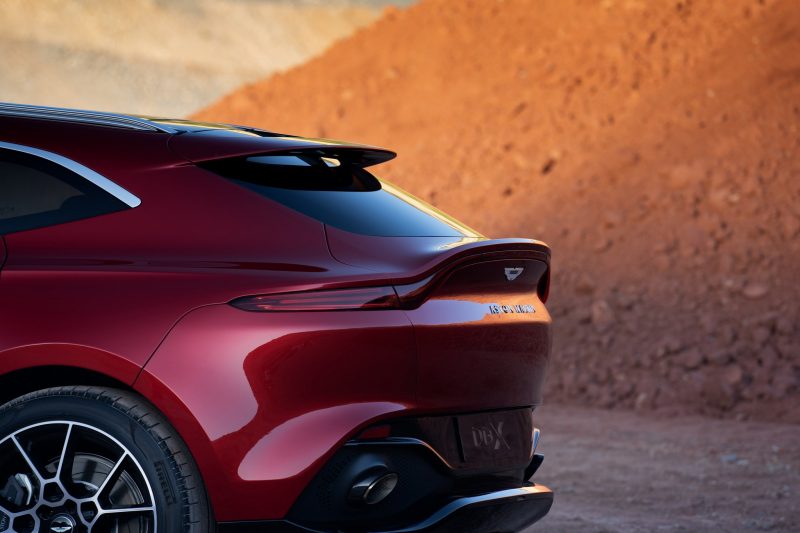 Aston Martin has utilised bonded aluminum, a construction method that has refined through the development of its sports cars, the body structure is both very light and incredibly stiff, and this is why the DBX weighs just 2,245 kilograms.

Aston Martin has made the SUV a sturdily able car for different terrains. It combined adaptive triple volume air suspension with a 48V electric anti-roll control system (eARC) and electronic adaptive dampers. The SUV is capable of raising the ride height by 45mm or lower it by 50mm, the air suspension gives the DBX an advantage on any kind of terrain. 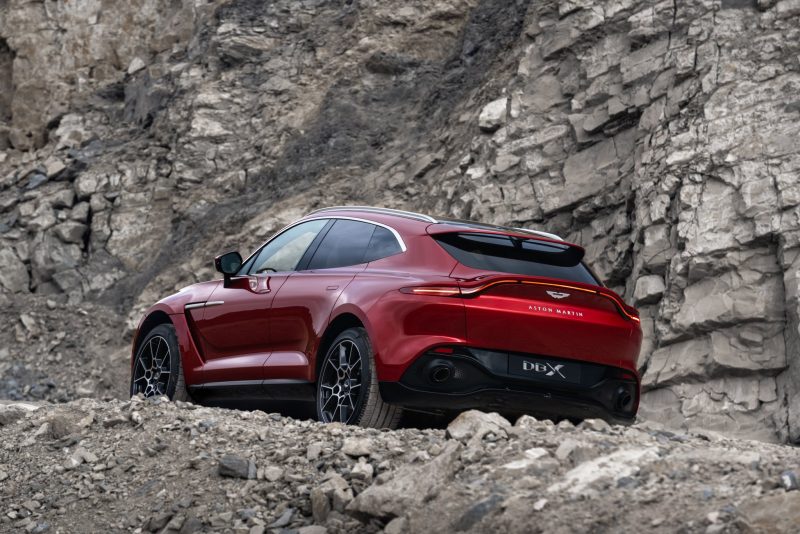 This sophisticated system of adaptive air suspension, dampers and eARC allows for maximum ride comfort when transporting up to five occupants and their luggage, while maintaining a highly responsive and engaging dynamic capability on-demand.

The DBX houses a 4-litre, twin-turbocharged V8 engine under its hood, which is also found in DB11 and Vantage. It is tuned to churn out a 542 bhp while while giving out a massive 700 Nm of torque. The company makes the SUV sound great with active exhaust system.

The DBX is capable of completing a 0-100 kmph sprint in just 4.5 seconds, while attaining a top speed of 291 kmph. Transmitting this power and torque to the ground is a nine-speed torque convertor automatic gearbox, allied to an all-wheel drive system with an active central differential and an electronic rear limited slip differential (eDiff). 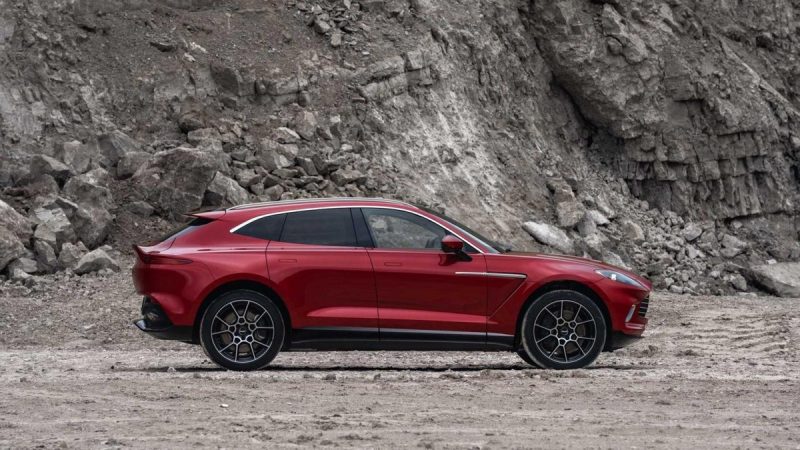 DBX features a 632 litres of trunk space behind the second row and the rear seats split in a 40:20:40 configuration. The seats are trimmed in sumptuous, full-grain leather, sourced from Bridge of Weir.

Also available is an industry-first application of a fabric made from 80% wool. In a first, both the headlining and electric roof blind are available in a luxurious Alcantara finish, providing a harmonious design, light obscuration and solar attenuation without compromising headroom. Throughout the cabin, DBX maintains an authenticity of materials, with judicious use of metal, glass and wood throughout the cabin. 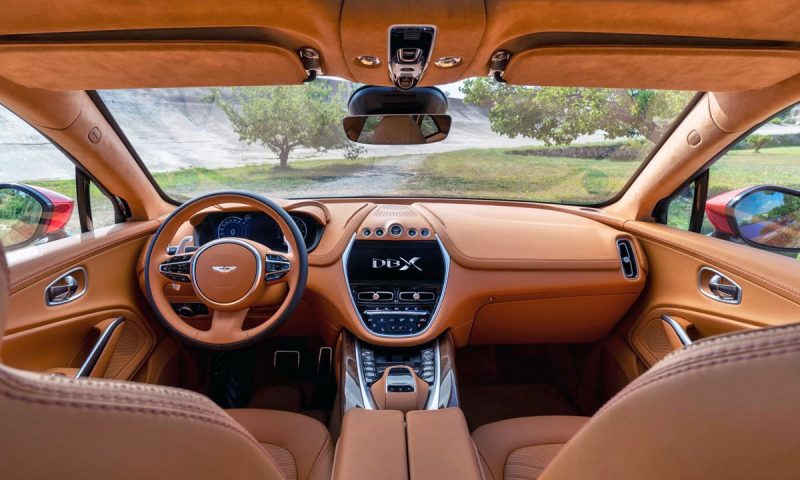 A 10.25-inch TFT screen is fitted elegantly right in the centre console, while a huge 12.3-inch TFT screen provides a wealth of information to the driver. Apple CarPlay comes as standard, as does a 360-degree camera system and ambient lighting that offers 64 different colors in two zones.

Aston Martin will build the DBX at its facility in St Athan, Wales. The facility sees a new dedicated SUV platform, which enables the DBX to achieve exceptional dynamics both on- and off-road.