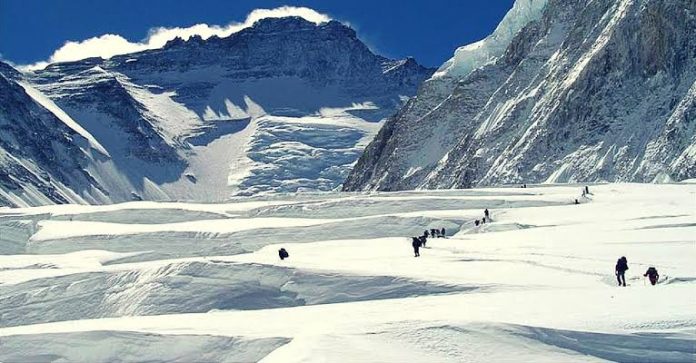 Four soldiers and two civilian porters were killed on Monday as avalanche hits patrol in Siachen.

Eight soldiers were trapped under snow after an avalanche hit them in Siachen glacier at 3 pm today, army officials said.

All eight personnel were pulled out of avalanche debris and seven individuals who were critically injured were accompanied by medical teams and evacuated by helicopters to nearest Military Hospital, ANI reported.

The eight troopers were on a patrol. Rescue and recovery operations are underway, the officials said.

The avalanche took place in the Northern Glacier where the altitude is around 18,000 feet and above, ANI reported.

The Siachen Glacier at the height of around 20,000 ft in the Karakoram range is known as the highest militarised zone in the world.

Situated on the northern edge of the Himalayas in Ladakh, the glacier which reaches heights of 22,000 feet at places is prone to avalanches.

In February 2016, 10 soldiers were killed in a massive avalanche in the glacier.