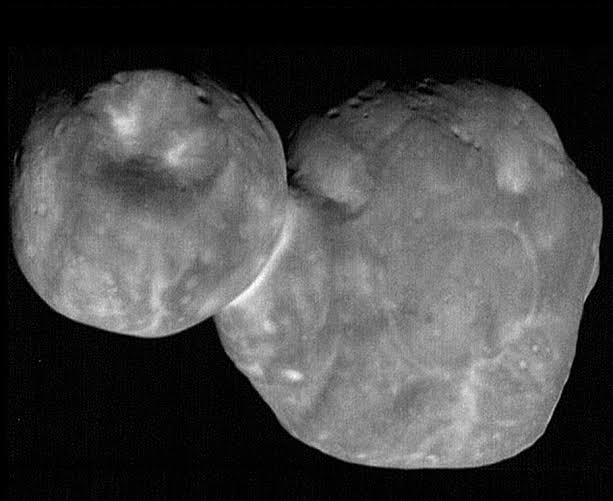 About 6.6 billion km from Earth in the Kuiper Belt beyond the orbit of Neptune, a rock moves in slow orbit around the Sun, once every 297 years.

Its odd shape consists of two lobes, respectively measuring 21 km and 15 km across, which create an appearance of a doughnut.

ALSO READ: Children’s Day: Why is it celebrated on November 14?

Provisionally named 2014 MU69 based on the year of its discovery, it was given the nickname ‘Ultima Thule’ last year following public suggestions made to NASA. Now, it has got an official name Arrokoth.

Ultima Thule is a Latin expression that means “beyond Thule (borders of the known world)” and is used to denote a mythical, distant and unknown land. However, it is also associated with controversy, which is why the name had to be changed.

Sources said that the name was adopted by Nazi Party forerunners and was being used by “modern so-called alt-right groups”.

It was used to refer to the mythological homeland of the Aryan race, before being adopted by Nazi leaders. Newsweek said the term is also used by the Thule Society, a racist and occult group founded in Munich in 1918. While little is known about the society, it is believed to have connections to Adolf Hitler’s German Workers’ Party that later became the Nationalist Socialist German Workers’ Party.

Arrokoth is the term for “sky” in the Native American languages Powhatan and Algonquian. NASA took consent from Powhatan representatives and proposed the name to the International Astronomical Union and Minor Planets Centre, the authority responsible for naming objects that lie in the Kuiper Belt. The Belt consists of a mass of icy objects that also include Pluto.

In a statement on the NASA website, New Horizons principal investigator Alan Stern explained: “The name ‘Arrokoth’ reflects the inspiration of looking to the skies and wondering about the stars and worlds beyond our own. That desire to learn is at the heart of the New Horizons mission, and we’re honored to join with the Powhatan community and people of Maryland in this celebration of discovery.”