Home NM FACT CHECKER No, Dwayne ‘The Rock’ Johnson is NOT dead after a stunt accident,... 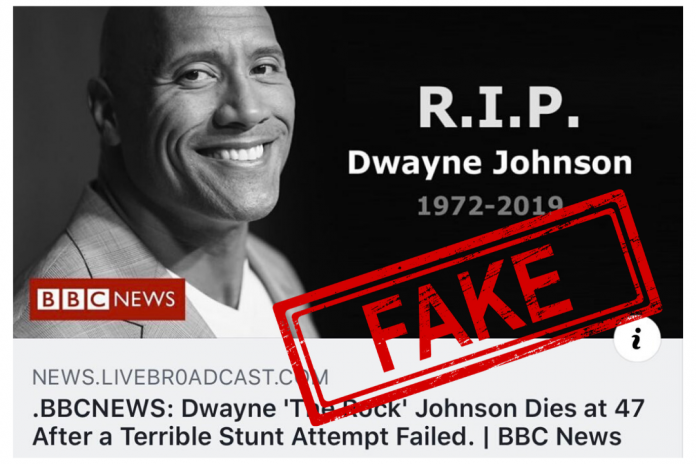 A report appeared on the internet claiming that Dwayne ‘The Rock’ Johnson died after a failed stunt.

The report carried the following headline: ”BBC: Dwayne ‘The Rock’ Johnson Dies at 47 after a terrible stunt attempted failed.” (It had used British Broadcasting Corporation label to appear as an authentic news organisation).

NewsMobile fact-checked the viral post and found it to be FAKE.

It is clear that the headline came complete with an image paying tribute to the star, as well as the BBC News logo. We found this was merely the latest iteration of a long-running death hoax running back all the way to April 2014.

Hold my tequila, while my friend and I sing this little ditty, You’re Welcome. And thank you. Always a blast entertaining with the maestro @Lin_Manuel https://t.co/fJ4B6idzkK

Hence, this proves that the viral post being circulated is just a HOAX.