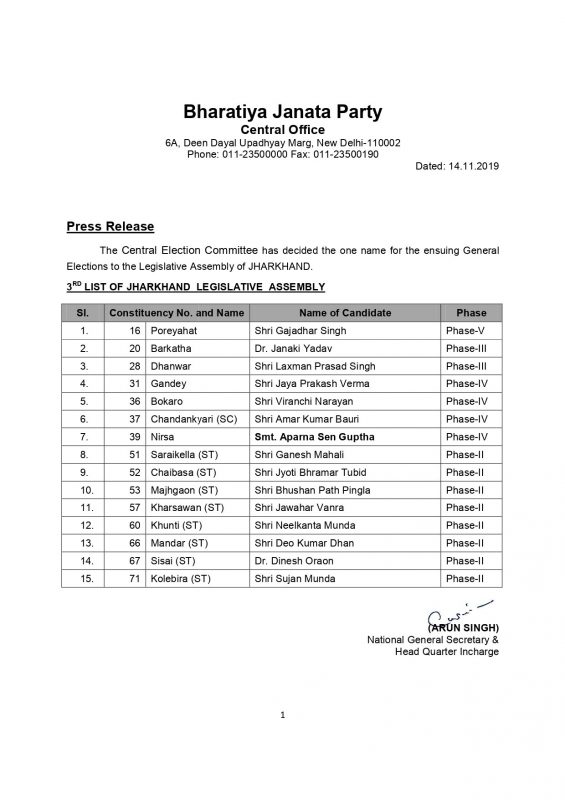 The BJP had released its first list on Sunday.

The party has fielded Jharkhand Chief Minister Raghubar Das from Jamshedpur East while state BJP president Laxman Giluwa has been fielded from Chakradharpur.

The 81-member Jharkhand assembly will go to polls in five phases between November 30 and December 20 and the votes will be counted on December 23.

The tenure for the Jharkhand assembly will end of January 5. This will be the fourth assembly election in Jharkhand since the state was carved out of Bihar in 2000.