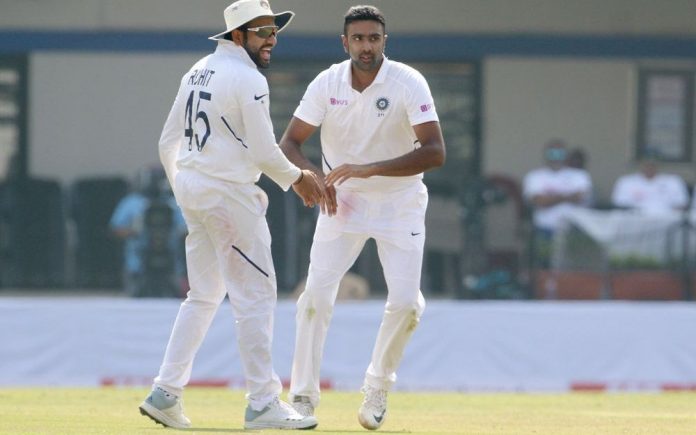 Indian spinner Ravichandran Ashwin on Thursday reached achieved milestone as he bagged his 250th Test wicket at home during the first match against Bangladesh in Indore on Thursday.

By doing so, Ashwin became the third India bowler to achieve the milestone after Anil Kumble and Harbhajan Singh.

Board of Control for Cricket in India (BCCI) took to Twitter and wrote: “250 Test wickets at home for @ashwinravi99. He becomes the third Indian bowler to do so after @anilkumble1074 & @harbhajan_singh.”

Ashwin had 249 Test wickets under his belt when he stepped out on the field for the first Test against Bangladesh. He picked the wicket of captain Mominul Haque to register his 250th wicket.

Bangladesh opted to bat first after winning the toss and ended their first innings at the score of 150-runs.