Home Music & Entertainment Bollywood Here’s how Kangana Ranaut is coping up with her ‘difficult’ Tamil dialogues... 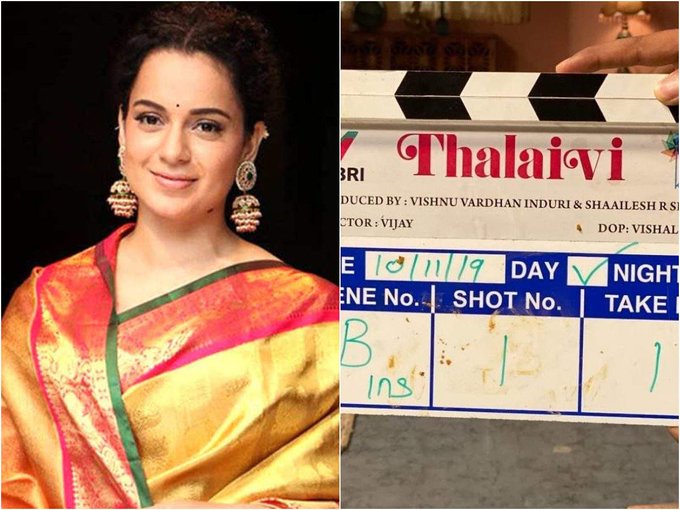 Actress Kangana Ranaut, who is prepping up for her lead role in ‘Thalaivi’, a biopic on J Jayalalitha, late chief minister of Tamil Nadu, is finding it quite difficult to learn the Tamil language and hence, has decided to mug up her dialogues for the movie.

The ‘Queen’ actor while speaking to the reporters on Wednesday said, “Vanakam- did you understand that? Actually, I am finding it very difficult to learn Tamil. The film is being made in Tamil as well as in Hindi, so we will do something about it.”

“Obviously, I have to mug up the dialogues because Tamil is not an easy language. Earlier, I was thinking of learning Tamil completely as I have learned English also. But now I will only learn as per the demand of the script,” she said.

The shooting of the biopic on J Jayalalitha began on Sunday. Kangana who will play the lead is prepping really hard for her role in the movie directed by AL Vijay.

Last month the actor was working hard to play the stalwart and was taking Bharatnatyam classes for the role.