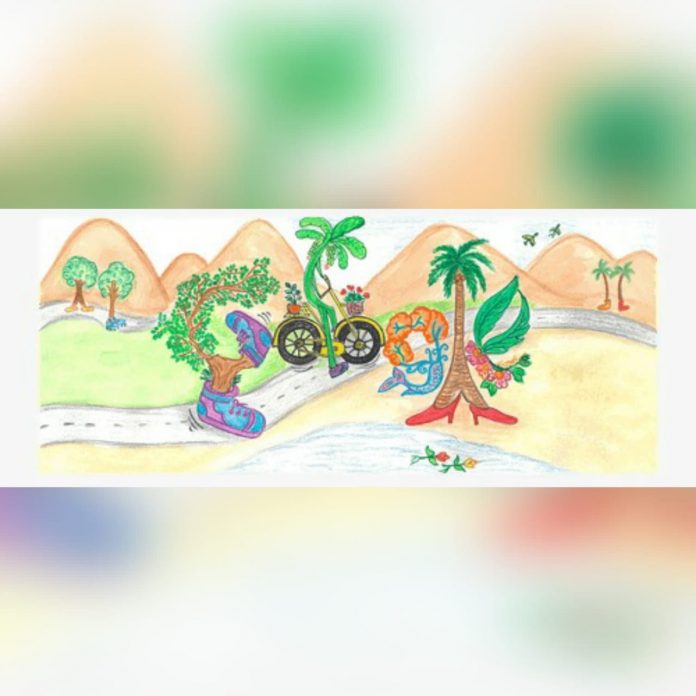 Today, 14th November, marks the 130th birth anniversary of the country’s first Prime Minister, Jawaharlal Nehru and as India celebrates Children’s Day to mark the occasion, Google celebrated the day by releasing a dedicated doodle for the occasion.

To commemorate the day, a seven-year-old girl- Divyanshi Singhal’s sketch was selected as the doodle for the day. For a few years, Google has been welcoming sketches from children to mark the day.

Elaborating on this year’s selection, Google in its notes said, “It was heartening to see so many fresh, creative depictions for a better world–from cleaning up the ocean, to flying solo using technology, to simply dreaming about a world without boundaries.”

This year they received submissions from over 1.1 lakh children from classes 1 to 10 across the country, responding to the theme ‘When I grow up, I hope …’

Divyanshi, who won this year’s contest named her sketch, ‘The Walking Tree’.

Elaborating on the same, she said, “When I grow up, I hope the world’s trees can walk or fly. The land could be cleared so easily without making them die. There would be so little deforestation and humans can just ask the trees and their friends to move to another place.” She explained that the idea struck her when she paid a visit to her grandmother and witnessed that so many trees are being cut around her house.