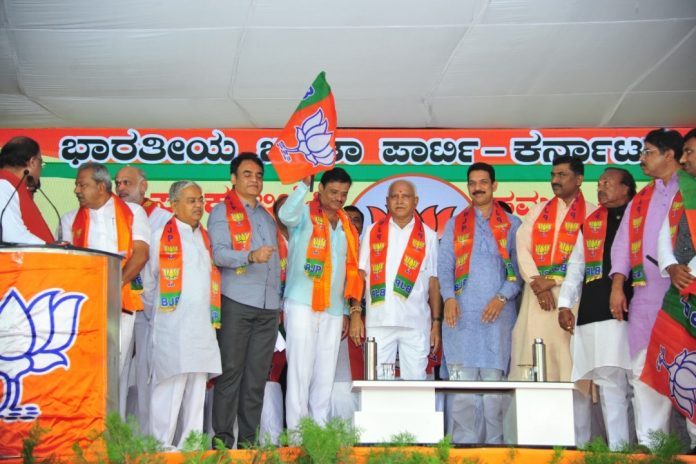 A day after the Supreme Court allowed 17 disqualified rebel MLAs of Congress and JD(S) in Karnataka to contest the state polls, 15 out of them joined the Bharatiya Janata Party (BJP) on Thursday in the presence of Chief Minister BS Yediyurappa.

Bengaluru: 15 rebel #Karnataka MLAs of Congress and JD(S) joined BJP today in the presence of Chief Minister @BSYBJP. 17 MLAs were disqualified by the state assembly speaker KR Ramesh Kumar and their disqualification was upheld by the Supreme Court, yesterday. pic.twitter.com/YiYcG6IB8x

The top court had on Wednesday upheld the decision of the then Karnataka speaker K R Ramesh Kumar to disqualify 17 rebel Congress-JD(S) MLAs under the anti-defection law but said that they can contest the upcoming by-elections which are slated to be held on December 5.

Meanwhile, the BJP has given tickets to 13 of the 17 rebel legislators for the upcoming bypolls.

The move led to the collapse of the Congress-JD(S) coalition government, paving way for BJP to stake claim to form a new government in the state. The disgruntled MLAs then moved the apex court challenging their disqualification.

They sought quashing of the order passed by the Speaker and prohibition imposed on them to contest elections. The matter was reserved by the court on October 25.