The United States on Monday condemned the violence witnessed during the anti-government protests in Hong Kong and called for both police and protestors alike to exercise restraint.

A statement issued by the US State Department spokesperson Morgan Ortagus read that Washington urges Hong Kong government to build on its dialogue with the public and begin efforts to address the underlying concerns driving the protests. It also urged the protestors to respond to efforts at dialogue.

“The United States is watching the situation in Hong Kong with grave concern. We condemn violence on all sides, extend our sympathies to victims of violence regardless of their political inclinations, and call for all parties — police and protesters — to exercise restraint,” the statement read.

“The increased polarisation within Hong Kong society underscores the need for a broad-based and sincere dialogue between the government, protestors, and citizenry writ large,” it added.

Monday was deemed as one of the worst days of the anti-government protests that have grappled the semi-autonomous territory of Hong Kong since June. At least 60 injuries were reported, along with two gruesome incidents– a student was shot with a live round and a man was set on fire.

The statement further said that the US believes that Hong Kong’s autonomy, its adherence to the rule of law, and its commitment to protecting civil liberties are keys to preserving its special status under the US law, as well as to the success of “One Country”, Two Systems” and Hong Kong’s future stability and prosperity.

Washington urged Beijing to honor the commitments it made in the Sino-British Joint Declaration, including commitments that Hong Kong will “enjoy a high degree of autonomy” and that the people of the region will enjoy human rights, the freedom of express and peaceful assembly.

The protests in the city have escalated over the death of Chow Tsz-lok, a computer sciences student at Hong Kong University of Science and Technology (HKUST). Chow had suffered a severe head injury in a parking garage close to the scene of protests. 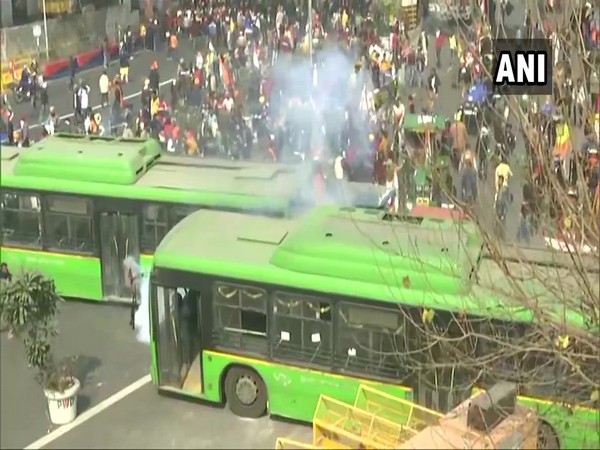