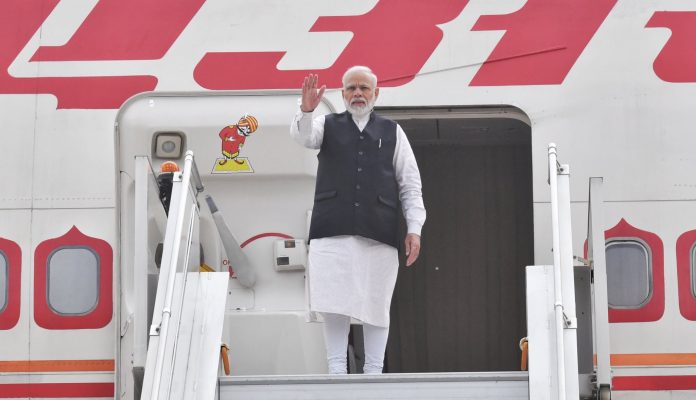 New Delhi: Prime Minister Narendra Modi embarked on a two-day visit to Brazil on Tuesday to participate in the 11th BRICS summit.

BRICS brings together five major world economies, namely Brazil, Russia, India, China, and South Africa, which comprise 42 per cent of the world population, contribute to 23 per cent of global Gross Domestic Product and around 17 per cent of the share in world trade.

The theme of this year’s summit is economic growth for an innovative future.

PM Modi will arrive in Brasilia on the morning of November 13. The first day of the visit will witness the Prime Minister holding multiple bilaterals, as well as attending the closing ceremony of BRICS business forum, External Secretary (Economic Relations) in the MEA, TS Tirumurti, told reporters.

A large business delegation from India is also expected to be present during the visit, especially to attend the BRICS business forum where the business community of all five countries will be represented.

Through a network of high level and working group meetings, the BRICS agenda has expanded considerably to include issues of mutual concern. In the run-up to the summit, several ministerial meetings in different sectors have already taken place.

In the area of counter-terrorism, India has taken the lead over the years to galvanise BRICS. It has worked closely within BRICS to not only take a strong stand against terrorism but also to bring about focused consultations on specific aspects related to terrorism.