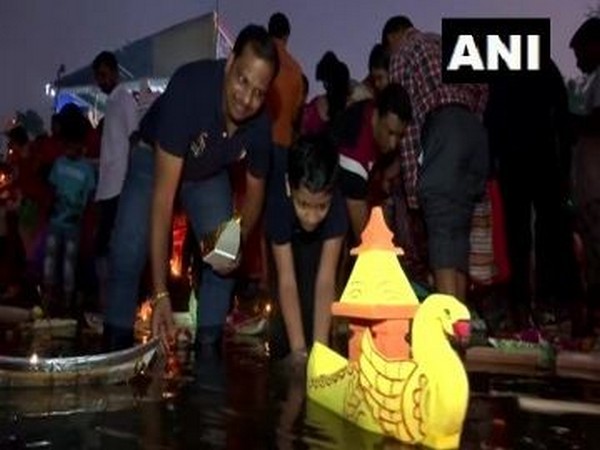 Large number of citizens in Odisha took part in the yearly ritual of boat festival which was celebrated with joy and religious fervour in the state on Tuesday.

Kartik Purnima is also known as the Boita Bandana or Boat festival in the state. Men, women and children celebrate the festival by setting afloat miniature boats to mark the day.

“It is a tradition that we have been following for last many years. This happens on the morning of Kartik Purnima. It is believed that our ancestors used to take boats to Indonesia to bring items for the state. We set afloat miniature boats to mark the day. Along with it we also perform religious rituals to take a holy dip”, said a devotee present at Bindu Sagar.

The last five days of the auspicious month of Kartika are called Panchuka of which the last day is known as Kartik Purnima. It is considered a significant day to celebrate the maritime glory of the Odisha.

Many devotees also believe that tradition is meant to offer prayers to their ancestors and seek their blessings.