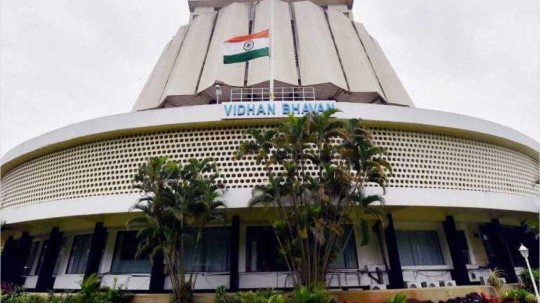 There are hectic parleys going on in the state of Maharashtra. The Shiv Sena is trying its best to form the Government and may even be successful in getting the support of INC and NCP combined. The BJP-Shiv Sena alliance has indeed hit rocky shores!

Here’s a look at Maharashtra’s big political drama; how it’s unfolded till date.

The elections to the Maharashtra Legislative Assembly were held on October 21st, 2019.

The total strength of the Maharashtra Legislative Assembly stands at 288 and the half way mark is 145.

On October 24th, the results were declared and the following was the result:

The BJP and Shiv Sena’s alliance couldn’t materialize primarily because of differences over the alleged agreement on a 50:50 share of the Chief Ministerial post for 2 ½ years each) and the allocation of Ministries.

Shiv Sena says this was an understanding agreed upon by Home Minister Amit Shah before the elections. The BJP is clear that the CM post will remain with Devendra Fadnavis.

The term of the current Assembly ended on 9th November.

On the 9th of November, in accordance with the Constitution and well-established practices, the Governor of the state Bhagat Singh Koshyari invited the largest party (BJP) to form the government and asked it prove its majority by November 11th.

BJP, however, indicated its inability to form the government on November 10th.

The Governor then invited Shiv Sena, the second largest party to form the Government. The party is currently trying to muster the support of the INC and NCP.

Assuming that Shiv Sena is able to form the Government, the key leaders of the coalition will be the following:

Uddhav Thackeray- The President of the party and son of Bal Thackeray, a key figure in Maharashtra politics and the founder of the party.

Eknath Shinde- He has been at the forefront of negotiations with the alliance partners and could well end up becoming the Chief Minister of the state if the party is able to stich a successful alliance with NCP, INC and others.

Adithya Thackeray- He is the leader of the Shiv Sena youth wing and the first member of the Thackeray family to contest and win elections. He was being considered for the Chief Minister’s post. However, lack of experience may affect his claim to the top post.

Sharad Pawar- A former Chief Minister of the state, former Defence Minister of India and former Union Minister for Agriculture, Farmers Welfare and Consumer Affairs. He is considered to be a king maker in not only Maharashtra but at one point of time across the country. He is currently the key figure stitching an alliance with the Shiv Sena and convincing the INC High Command whose reluctance to side with Shiv Sena is well known. He is considered to be a fox in the state.

Ajit Pawar- Former Deputy Chief Minister of the state and its Irrigation Minister. He is a nephew of Sharad Pawar and will play a key role in the government formation and in the governance process.

Jayant Patil- Former Minister in the State Government. He has a ‘clean image’ in the state. His role will be important post the government formation.

Prithviraj Chavan- Former Union Minister for Science and Technology and former Chief Minister of the state. He is a well renowned political figure of the State who has given a clean government during his tenure. He had brought in many administrative reforms which helped the state. However, it was considered too little and too late, as the BJP managed to win the elections in 2014.

Ashok Chavan- Former Chief Minister of the state. He has a mass following in the state.

Ahmed Patel- Currently a Rajya Sabha Member from Gujarat. He is close to the High Command of the party.

Malikarjuna Kharge- He is the INC in charge of the State.

Sonia Gandhi- The interim President of the party and the person who will take a final call regarding the alliance.

Strengths and Challenges of the parties involved

INC- Has spread its tentacles across the State and into the rural areas. It is one of the few parties that understands the ground realities of the state. Their experience in the area of Governance is rich and will help them currently. However, its leaders have been involved in various scams and had to step down because of it. For example: Former CM Ashok Chavan (accused in the Adarsh Society scam).

NCP- A party closer to Maharashtra and which has stakes in the state. Its leaders are mass leaders and are experienced in government affairs. However, most of its leaders are accused in various scams such as the irrigation scam (Ajit Pawar and Chaggan Bhujbal) and the Enforcement Directorate is questioning Sharad Pawar and Ajit Pawar.

Shiv Sena- It is a regional party which is currently controlling the Brihan Mumbai Municipal Corporation (BBMC). The Union Government didn’t probe many corruption scams against them previously and may now do so. The party is also considered to be restricted to Mumbai, Pune and Nasik. The BJP has wrested control from the party in the city of Pune.

Will this be a coalition of the impossible and what are the main issues?

It will be the coming together of ideologically different parties. The Shiv Sena is considered to be a party that is Pro-Hindu and Pro-Marathi. It has targeted Gujaratis, South Indians and North Indians in the past. Bal Thackeray had even remarked about Bihar that:” Ek Bihari Sau Bimariya”.

The INC on the other hand is considered to be a Secular party.

The INC has evolved a formula of 15-15-15 which indicates 15 Ministries each to each party. This is one of the conditions set up by Sonia Gandhi. However, an official statement is awaited. The next thing to be decided is the allocation of portfolios amongst the parties and this will be a real challenge for the Shiv Sena.

Stability of the Party-

This will be real challenge. The current situation appears to be closely related to the Karnataka model where the INC and JD (S) got together to defeat the BJP. The government though fell within 14 months. The BJP is currently ruling in Karnataka.

We still have to wait for the final picture to come forward.