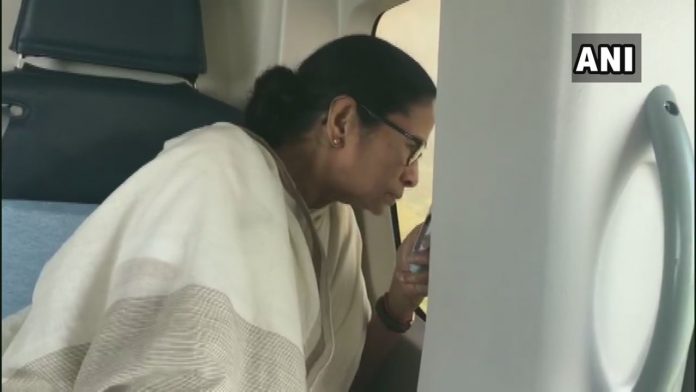 West Bengal Chief Minister Mamata Banerjee on Monday conducted an aerial survey of areas affected by Cyclone Bulbul that wreaked havoc in the state over the weekend.

According to the West Bengal Department of Disaster Management and Civil Defence, at least seven persons have died and 4.65 lakh people have been affected due to the cyclone in the state,

Extensive damage to Sunderbans forests has been reported and a detailed assessment is being done, the department had said.

The severe cyclonic storm Bulbul had ravaged South 24 Parganas region in the state on Sunday. Due to the speedy winds, several trees were uprooted and roads were blocked forcing the administration to carry out road clearance work.

Prime Minister Narendra Modi on Sunday spoke to Banerjee regarding Cyclone Bulbul and assured her of all possible help from the Centre.

The cyclone made landfall on Saturday night, around 60 kilometres east of Sagar Island and 100 kilometres south of Kolkata and left a trail of destruction in neighbouring Odisha and Bangladesh.