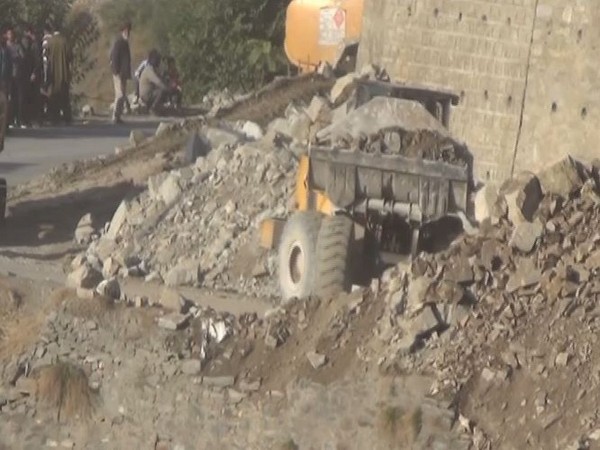 Vehicular movement between Jammu and Srinagar continues to remain suspended for the second consecutive day on Monday following a landslide on the NH-44 near Digdole in Ramban district on Sunday afternoon.

According to traffic police sources, men and machinery of the concerned agency are busy clearing the debris but removing a big boulder from the road might take the whole day.

Hundreds of vehicles are stranded on both ends of the blocked site on the NH-44.

On Sunday, vehicular traffic resumed just for an hour in the morning on the NH-44 at Mehad in Ramban before it was blocked again by a massive landslide.

This is the third time in the last four days that NH-44 has been blocked for vehicular traffic.

The highway was also blocked on November 7 following snowfall around Jawahar Tunnel and landslides triggered by incessant rainfall at various places including Nashri and Ramsu.