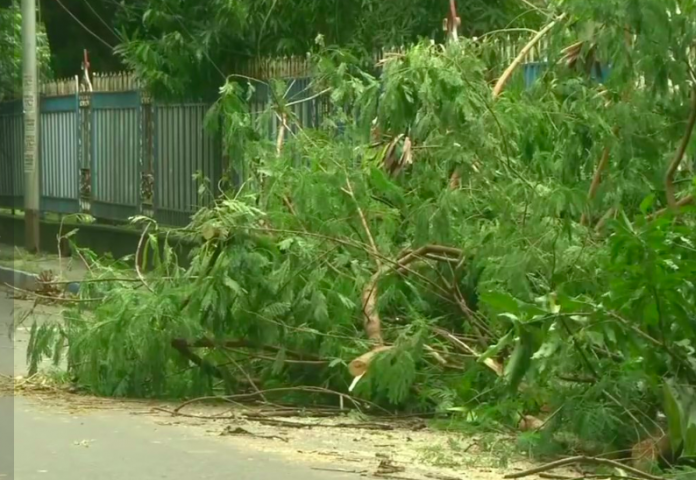 The severe cyclonic storm Bulbul has wreaked havoc in states’ South 24 Parganas region on Sunday. Due to the speedy winds, several trees were uprooted and roads were blocked forcing the administration to carry out road clearance work.

In the morning today, several NDRF officials with the chain saw machines were seen cutting the fallen trees and making efforts to clean up the blocked roads.

Yesterday, after Bulbul hit Odisha, a couple of roads were also blocked in Kendrapada causing traffic snarls. The fallen trees were later cleared by NDRF officials.

According to the India Meteorological Department (IMD), the storm has moved towards east-north-eastwards with a speed of 17 kmph in the past six hours and further weakened into a Cyclonic Storm.

“It is very likely to move east-northeastwards across Bangladesh. It is likely to weaken into a Deep Depression over coastal Bangladesh and neighbourhood during the next six hours and into a Depression during subsequent six hours,” the IMD stated in its All India Weather Warning Bulletin.