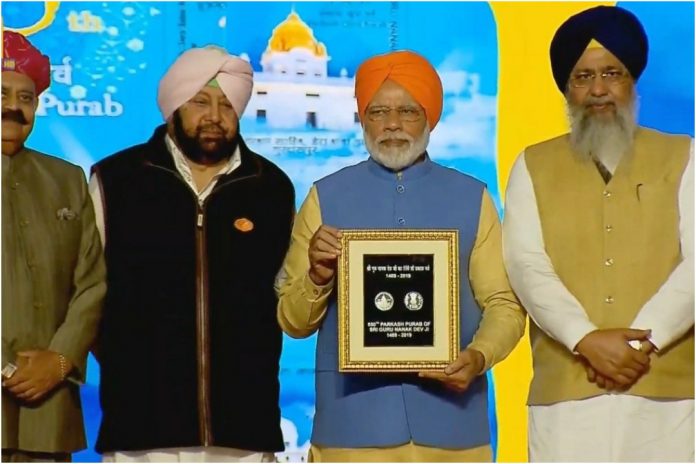 Speaking at Dera Baba Nanak in Gurdaspur, PM Modi said, “I would like to thank the Prime Minister of Pakistan, Imran Khan Niazi for respecting the sentiments of India. The opening of Kartarpur Sahib corridor before the 550th birth anniversary of Guru Nanak Dev Ji has brought us immense happiness.”

The prime minister made the remark during the inauguration of the Integrated Check Post of Kartarpur Corridor at Dera Baba Nanak in Gurdaspur.

The prime minister was presented a ‘siropa’ (robe of honour) by Kaur on behalf of the SGPC. Modi spent nearly 20 minutes at the Gurdwara and listened to the ‘kirtan’.

A bicycle company of Ludhiana is also providing bicycles free of charge to devotees to commute in the city, Kaur said earlier.

Kartarpur Corridor is a historic move by India and Pakistan government for the devotees to visit Kartarpur Sahib Gurudwara situated in Pakistan.