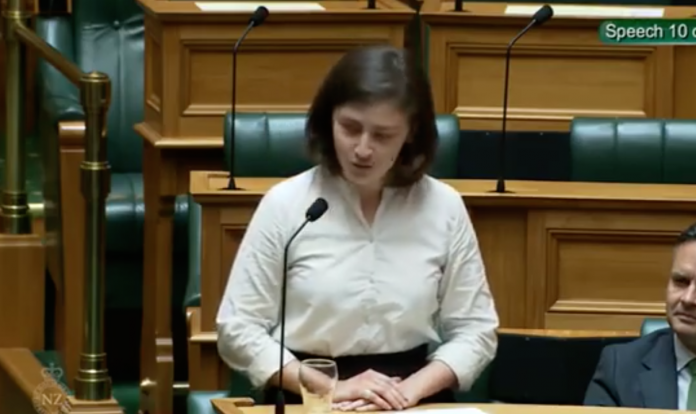 ‘OK, Boomer’ is the new cool among the millennials after a 25-year-old New Zealand lawmaker, Chloe Swarbrick, responded in the parliament when heckled by an older colleague.

Chloe Swarbrick was speaking during a debate on Tuesday about the Zero Carbon Bill, which would set a target of zero carbon emissions for the country by 2050. When her colleague interrupted, Swarbrick simply responded, ‘OK, Boomer’, and resumed her speech. The retort drew little reaction in parliament but soon was trending on social media where millennials use “OK, Boomer” to show resentment towards the Baby Boom generation, people today aged about 55-73.

The term has gone viral this year on social media where youngsters post videos mocking older people as out-of-touch for rejecting the realities of climate change.

ALSO READ: Nirav Modi tells court that ‘he will kill himself if extradited’ as his bail plea gets rejected

“How many world leaders, for how many decades have seen and known what is coming but have decided that it is more politically expedient to keep it behind closed doors? My generation and the generations after me do not have that luxury,” Swarbrick told parliament, where she said the average age was 49. In a Facebook post later, Swarbrick acknowledged having upset some people.

“Today I have learnt that responding succinctly and in perfect jest to somebody heckling you about *your age* as you speak about the impact of climate change on *your generation* with the literal title of their generation makes some people very mad,” she wrote.”So I guess millennials ruined humour.

And in no time Ok Boomer was a social trend: