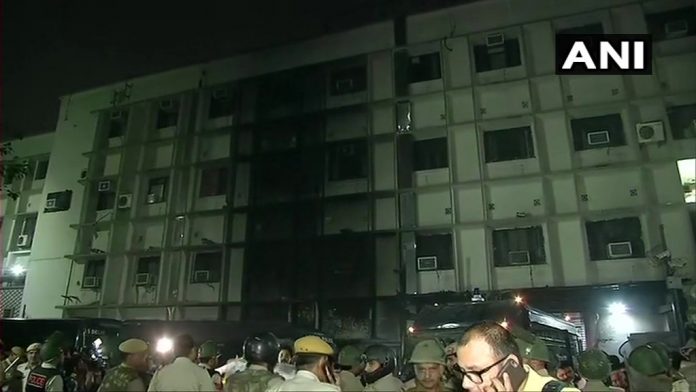 The Delhi High Court on Wednesday dismissed the application filed by Ministry of Home Affairs (MHA) seeking clarification on its Sunday’s order that barred the Delhi Police from arresting lawyers after violence in Tis Hazari court complex on Saturday, November 2.

The court declined to give any clarification or modification of its order, saying its order was self-explanatory. On Sunday, the high court had taken cognisance of the violent clash.

At least 20 policemen and eight lawyers were injured and 20 vehicles were vandalised in Saturday’s clash at Tis Hazari court, which started over a wrongly parked vehicle.

The High Court also remarked that the judicial inquiry panel, which was set up to look into the Tis Hazari clash, will continue to function without any influence of the observation made by this court.

The court also dismissed another application of Police seeking permission to lodge FIR against lawyers in Saket District Court incident. On Monday, a video surfaced in which a constable in uniform being repeatedly slapped allegedly by lawyers outside the Saket court.

ALSO READ: I have been warning since day one: Amarinder Singh on Bhindranwale controversy

The incident triggered a strong protest by at least a thousand policemen who gathered outside the Delhi Police headquarters, blocking an arterial road of the city. The policemen were upset over what they perceived as a lack of the government’s concern about their well-being.

The 11-hour protest by policemen ended late last evening after assurances of action from Lieutenant Governor Anil Baijal and the top police officers.