The Supreme court today lashed out at the Union and State Governments of Haryana, Punjab and Delhi-NCT for failing to curb the air pollution and toxic air quality in the National capital region of Delhi and most parts of North India. It was a 2 Judge Bench consisting of Justices Arun Mishra and Deepak Gupta. The bench was considering a report submitted by the Environmental Pollution (Prevention and Control) Authority (EPCA), a committee appointed by the Supreme Court. 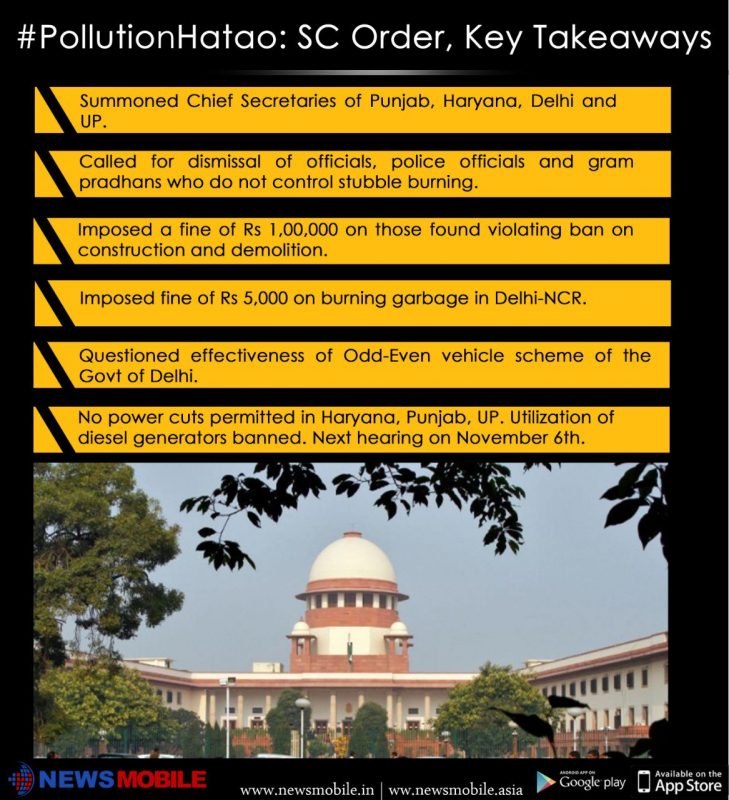 Justice Arun Mishra said,“Delhi is choking every year and we are not able to do anything. Every year this is happening for 10-15 days,”

Taking strong exception to the lackadaisical attitude of all stakeholders, the judge further added that, “state machinery is also not functioning properly. There is passing of buck… Delhi should do or Centre should do. And now, see pollution levels.”

Supreme Court on air pollution: ‘Things happening every year under our nose. People being advised to not come to Delhi,or leave Delhi.State governments are responsible.People dying in their state&neighbouring states. Will not tolerate this.We are making mockery of everything.’

The court lashed out at the state governments and the farmers who are indulging in acts of stubble burning by saying that, “what is the solution to stubble burning? (To Punjab and Haryana) – Your states are also badly affected. it’s not just Delhi. Today the situation is grim. Burning is not the solution.” 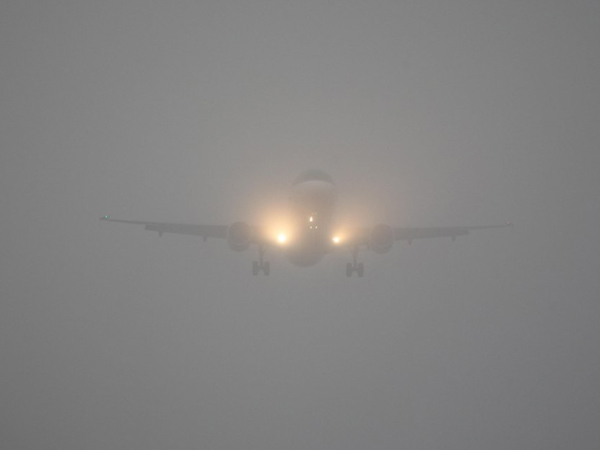 “Today people are being advised not to come to Delhi. Who is responsible for this? State governments are responsible. We are making a mockery of everything.”

Justice Deepak Gupta added that there is a need for a long term solution and loopholes cannot be exploited. “ We banned pet coke earlier then what happened… India became the largest importer of used tyres which is the most toxic source of pollution. Loopholes need to be plugged,” he stated.

The matter had been adjourned for 30 Minutes.

The Supreme court after resuming the hearing questioned the effectiveness of the Odd-Even vehicle rationing scheme of the Government of the Delhi-NCT.

It also summoned the Chief Secretaries of the state governments of Punjab, Haryana, Delhi-NCT and Uttar Pradesh and called for the dismissal of all officials, police officials and gram pradhans who do not control stubble burning within their jurisdiction.

The court has also imposed a fine of Rs 1,00,000 on those found violating the ban on construction and demolition and Rs 5000 on those burning garbage. The Municipal authorities in the National Capital Region have been asked to remain alert and crack down on the offenders.

The court has also directed that no power cuts are permitted in the states of Haryana, Punjab, Uttar Pradesh even as utilization of diesel generators have been banned. The High powered committee of states have been asked to meet today and submit their report on November 6th.

The matter has been adjourned now and the next hearing will be on November 6th (Wednesday).

Earlier, on November 1, the EPCA declared a public health emergency even as Air Quality Index deteriorated below severe levels and the capital gasped for breath, with heavy smog descending on the city. A report conducted by Berkeley university said that inhaling Delhi air was akin to smoking 44 cigarettes a day.

Local residents and people of Delhi NCR have displayed their anger and frustration at the government’s inaction. Social media is abuzz with anti-pollution stories and local drives to get the government to hear their plight are almost falling on deaf ears.