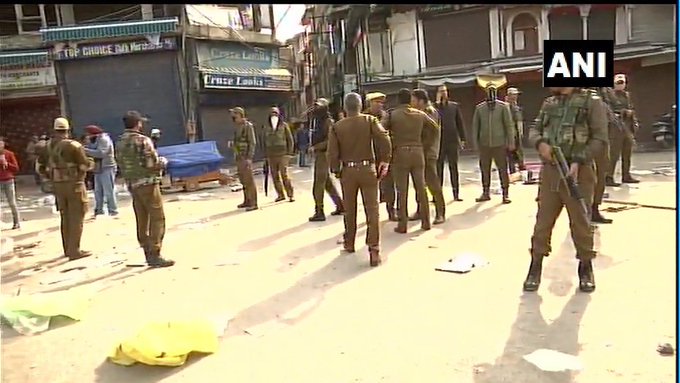 Srinagar: One person was reportedly killed and at least 15 were left injured following a grenade attack in Srinagar on Monday afternoon.

According to reports, all those who were injured in the blast at a vegetable market in Hari Singh High Street in the centre of the city have been admitted to hospital and two of them are said to be in a critical condition. The attack took place at 1:20 pm. The market area has now been cordoned off.

This is third grenade attack in Jammu and Kashmir in the last 10 days.

In another terror attack, six security personnel were injured on October 26 when a CRPF team was inspecting vehicles at a checkpoint and terrorists threw a grenade.