A post is making rounds on social media which claims that football star Lionel Messi donated six of his golden and € 20M to UNICEF to build five new children’s hospitals in central Africa.

The caption with Messi’s picture read: “Lionel Messi has donated all his 6 golden boots + 20M euros to Unicef so they can build 5 new children’s hospitals in central Africa. [UNICEF] 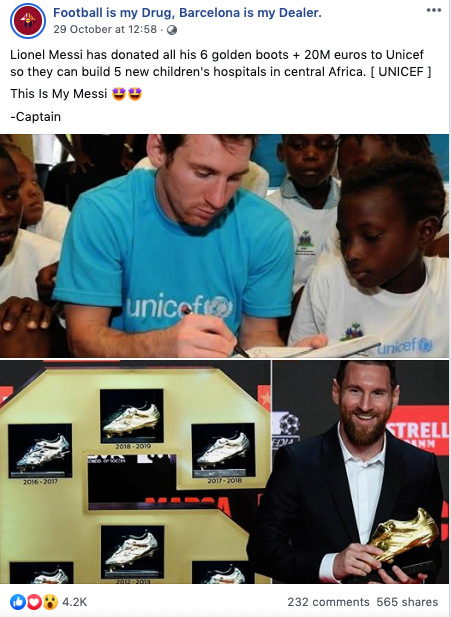 ALSO READ: Don’t believe this picture of PM Modi in Keffiyeh; here’s the…

Firstly, on doing a Google search with keywords such as ‘Messi’, ‘Donation’, ‘Six Golden Boots’, ‘UNICEF’, we didn’t find any authentic report citing that the Barcelona football star donated his six golden boots. 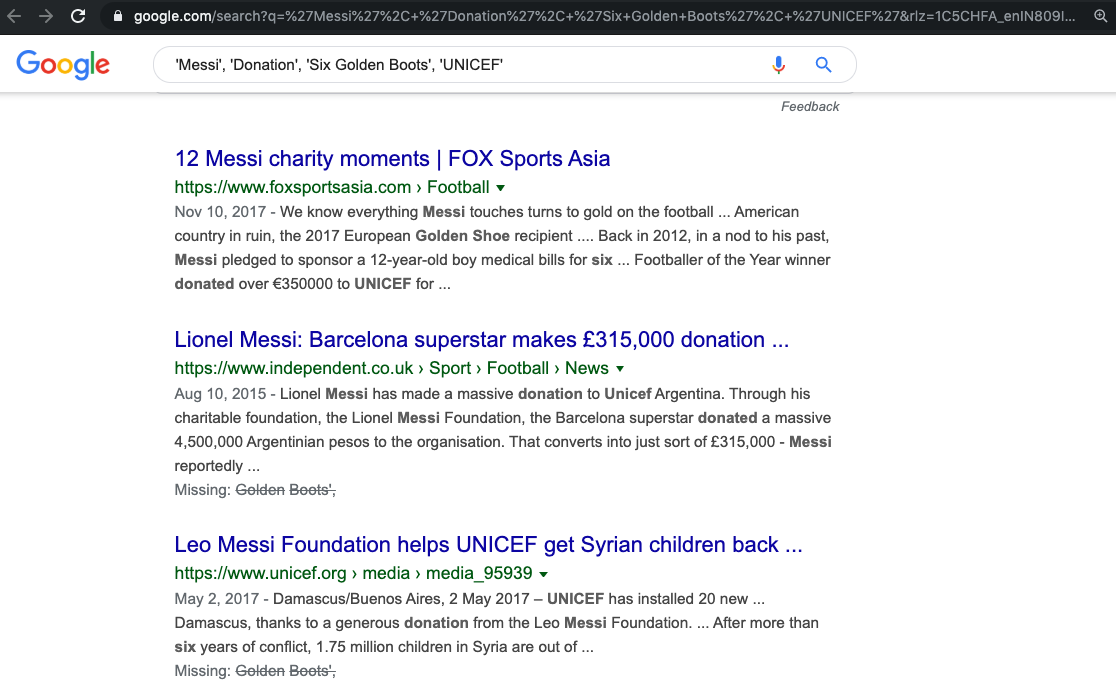 If he had donated his golden boots, it would have been covered by prominent media outlets.

We further scanned through the verified twitter handles of Messi and UNICEF, but we couldn’t find any such announcement made either by Messi or UNICEF.

Hence, in conclusion, it is clear that the viral post about Messi donating six of his golden boots is FAKE.