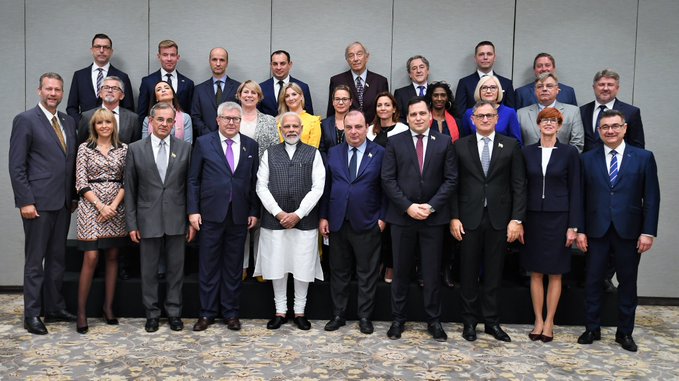 New Delhi: A delegation of Members of the European Parliament called on Prime Minister Narendra Modi in New Delhi. They raised the issue of the current situation in the state of Jammu and Kashmir following the Centre’s decision to amend Article 370 of the constitution and putting in certain ‘reasonable restrictions.

The Prime Minister’s Office called it an opportunity for the members to understand the diversity of the region.

The 27 member delegation also called on the National Security Advisor of India Ajit Doval who briefed on the situation.

The delegation is due to visit the state of Jammu and Kashmir on Tuesday.

This was not an official visit and it was a private one.

The delegation will also be calling on the Vice President M Vekaiah Naidu later in the evening.

The parliament had amended Article 370 on August 5th and abrogated the special status that the state enjoyed earlier.