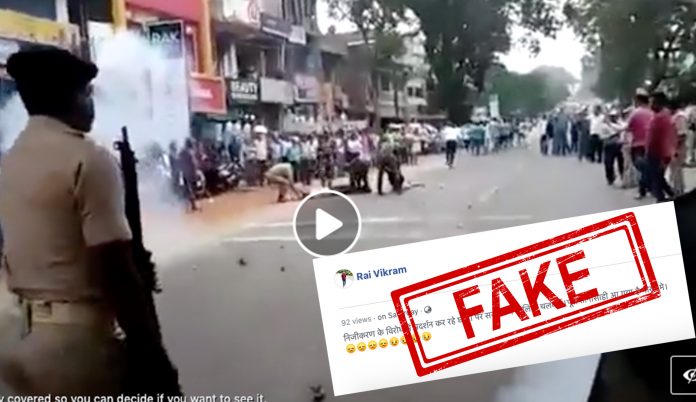 A video is making rounds on social media in which cops can be seen the open fire at the crowd. It was claimed that cops shot students who were protesting against privatization.

Translation: “The government opened fire on the students who were protesting against privatization. The whole Tanasahi has arrived in India.” 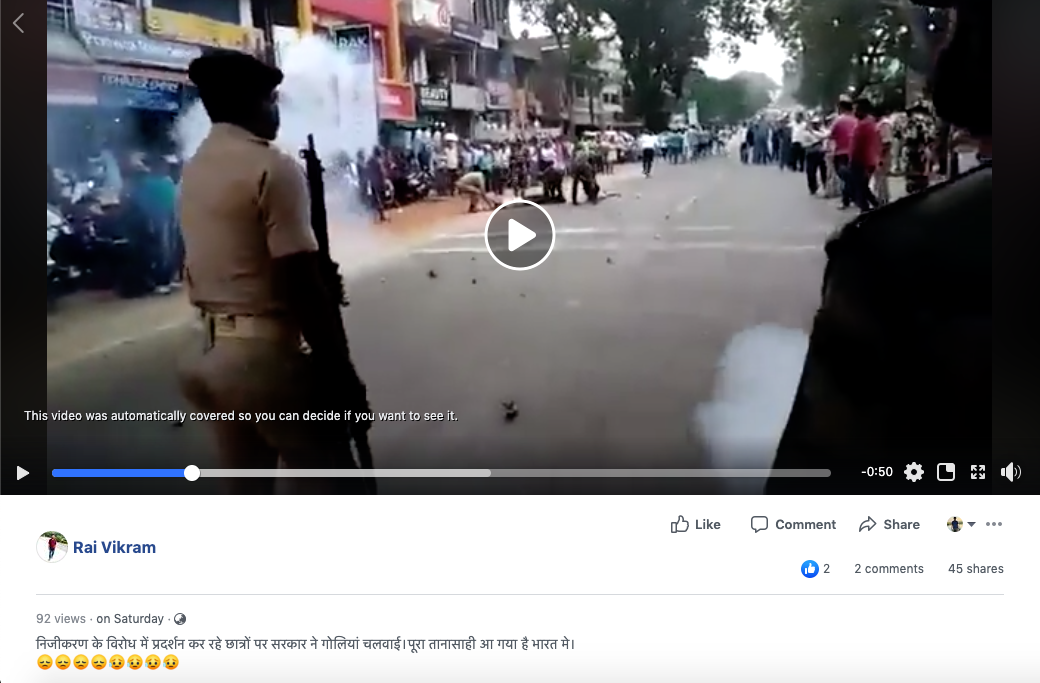 The team of fact-checkers at NewsMobile checked the above posts and found that the claim attached to the video is false.

Firstly the video is from Jharkhand’s Khunti when police were holding a mock drill.

On putting keyframes of the video through Reverse Image Search, we found the same video on YouTube dated November 1st, 2017.

Meanwhile, towards the end of the video, an announcement can be heard in which cops are informing about the mock drill.