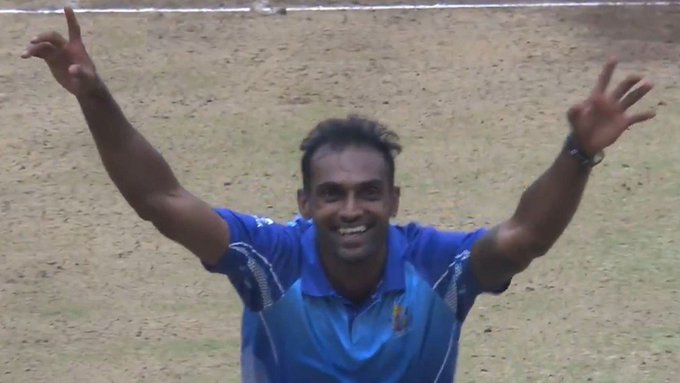 Karnataka bowler Abhimanyu Mithun, who turned 30 on Friday, has one more reason to celebrate as he took a hat-trick in the Vijay Hazare Trophy final against Tamil Nadu at the M Chinnaswamy Stadium in Bengaluru.

Mithun was at his devastating best in the final match as he clinched five wickets to bundle out Tamil Nadu on 252 runs.

With this, he becomes the first Karnataka bowler to take a hat-trick in Vijay Hazare Trophy.

He bowled the final over of the innings and conceded one run each on the first two deliveries. However, the bowler then took three consecutive wickets in the next three balls.

Shahrukh Khan (27), M Mohammed (10) and Murugan Ashwin (0) were his three victims in the final over.

Karnataka is yet to start their innings and have to chase a target of 253 runs to lift the trophy.