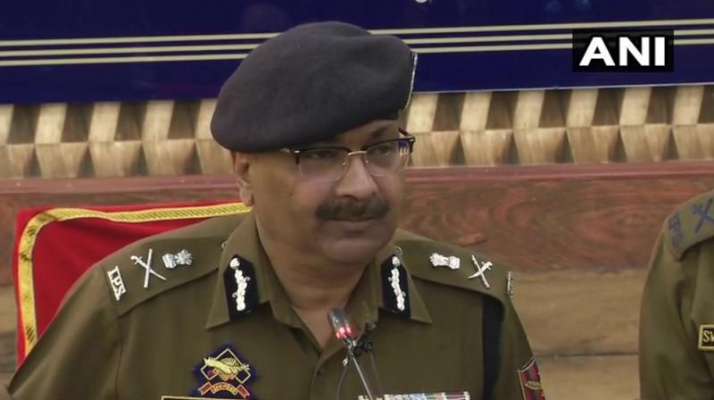 Hamid Lelhari and two of his associates were killed in the encounter that took place on Tuesday evening, on the outskirts of Awantipore. The security forces launched a massive search operation after receiving inputs about the presence of terrorists.

According to the Kashmir Zone Police, arms and ammunition were also recovered from the site.

Just two weeks back, Hamid Lelhari was announced as the chief of the Al-Qaeda affiliated Ansar Ghazwat-ul-Hind (AGH) terror outfit. He was 30 years old and a native of Pulwama.

He replaced Zakir Rashid Bhat aka Zakir Musa, Kashmir’s most-wanted militant, who was killed in a joint operation by the Army, CRPF and J&K police in south Kashmir’s Pulwama district on May 23 this year.

While addressing the media, Jammu and Kashmir DGP Dilbag Singh has confirmed that 3 terrorists owing allegiance to Al Qaeda linked Ansar Gazwat ul Hind were killed in Tral. He further added that with the death of the three militants, Ansar ul Gazwat ul Hind has been completely wiped out.

DGP Singh also said that Pakistan was pushing militants into Jammu and Kashmir through its terror launch pads. “Pakistan Army and ISI [ Pakistan’s spy agency Inter-Services Intelligence] are involved in pushing in maximum number of militants towards the Indian side,” he confirmed.

The Jammu and Kashmir police chief also sought support from the public in the fight against terrorism. “We will be successful in our efforts to curb terrorism only when the local youth of Kashmir do not take the path of militancy and choose the path of peace,” Singh added.

In a separate encounter, three other terrorists were killed South Kashmir’s Pulwama region.
DGP Dilbagh Singh confirmed that the terrorists belonged to Pakistan-based terror outfit Jaish-e-Mohammed and were suspected to have killed two Gujjar brothers, in Tral. The killing of two Gujjar brothers was one of the first casualties after Centre’s decision to revoke Article 370.