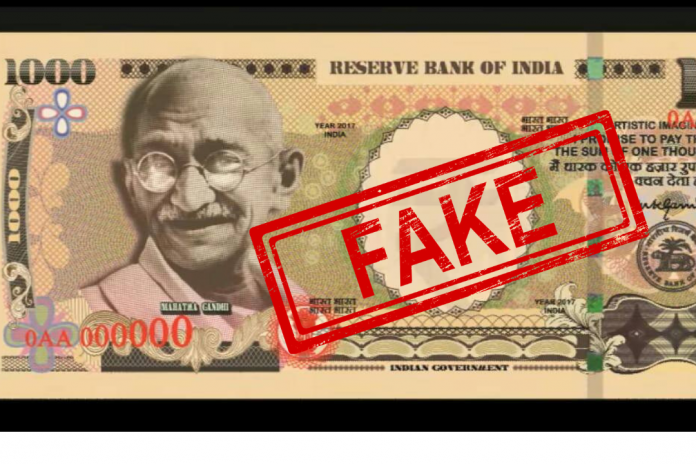 Images of what appears to be a note of Rs 1,000 is going viral on social media.

Several people – on Facebook, Twitter, and WhatsApp – are sharing the images with the claim that the pictures are that of a new currency note of Rs 1000 denomination that has been introduced by the RBI. 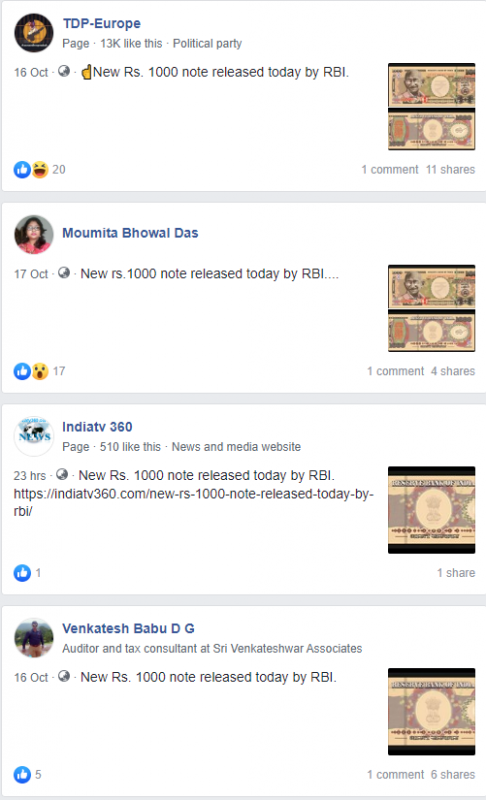 NewsMobile fact-checked the above viral post and found the claim and the images to be fake.

2. When we zoom-in, on the top right corner of the image, one can see ‘Artistic Imagination’ written on the note, indicating that it was not the official currency. 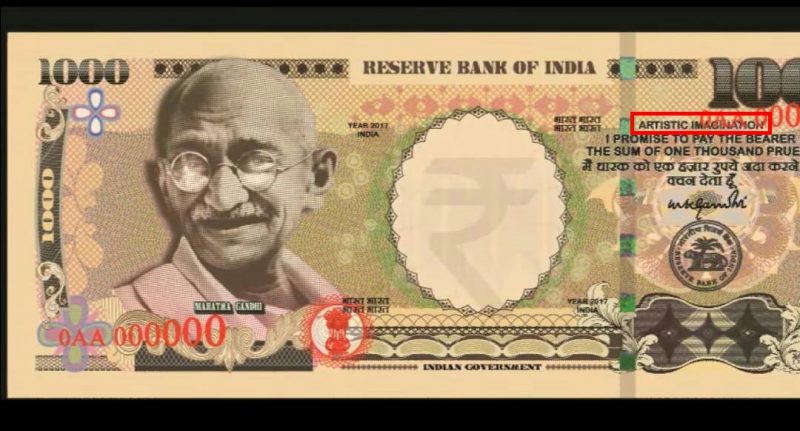 3. A note of any denomination bears a signature of the RBI governor. Though there is a signature on the image, it reads MK Gandhi.

Hence, the images claiming that RBI has issued a new Rs 1,000 note are false.

The story will be updated once we receive a response from RBI.