Beating the anti incumbency in the first test after the general elections BJP is all set to retain power in Maharashtra and Haryana if the exit polls are to be believed.

According to a poll of polls an average done by team NewsMobile of the most prominent polls; 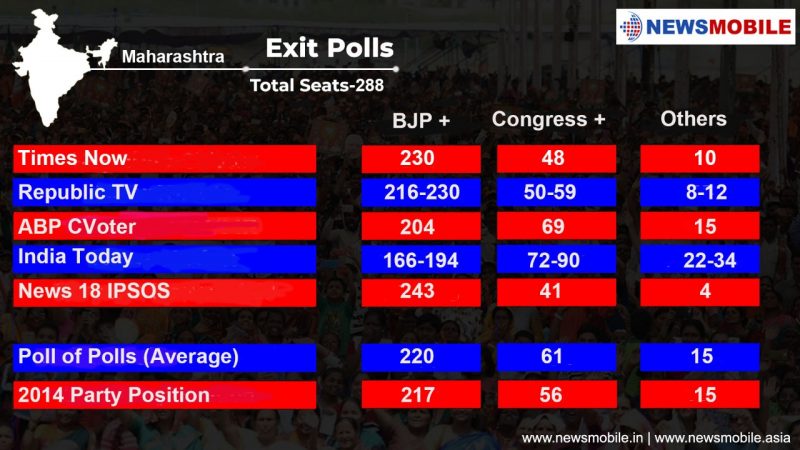 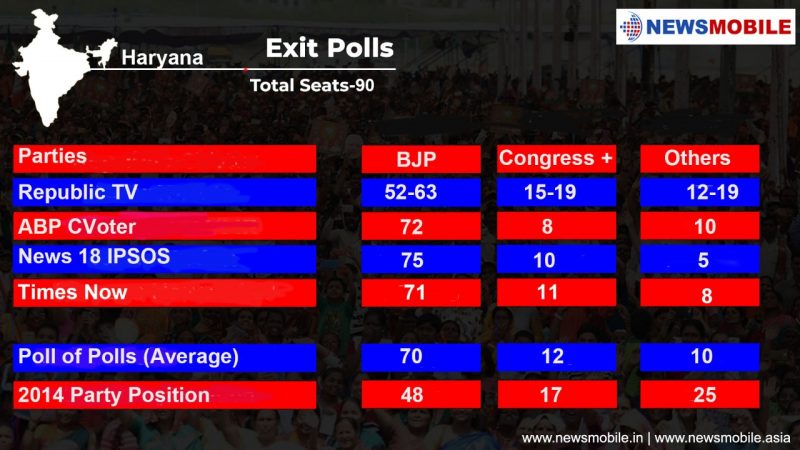 The exit polls conducted by various media houses and poll agencies have given a clear edge to the BJP in Maharashtra and Haryana.

For Maharashtra’s 288 seats, the BJP is continuing its alliance with Shiv Sena, whereas the Congress has allied with Sharad Pawar’s Nationalist Congress Party.

In Haryana, the ruling BJP is locked in contest with the Congress, INLD and the fledgling JJP (Jannayak Janta Party) for the 90 assembly seats. The results will be declared on October 24.