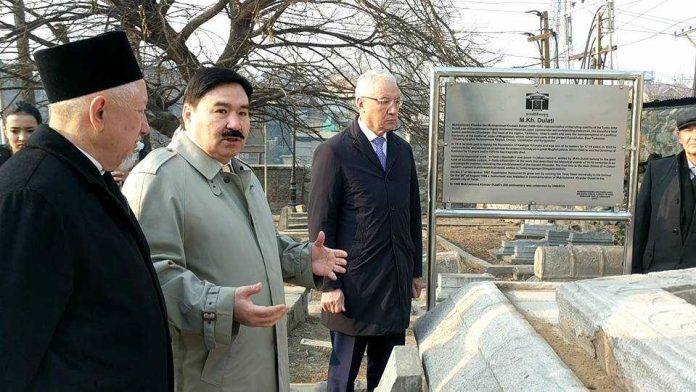 Central Asia is known as a crossroad of various cultures, as a land of coexistence of civilizations. The ideas and artistic craftsmanship of its peoples have always influenced other parts of the world, including India. 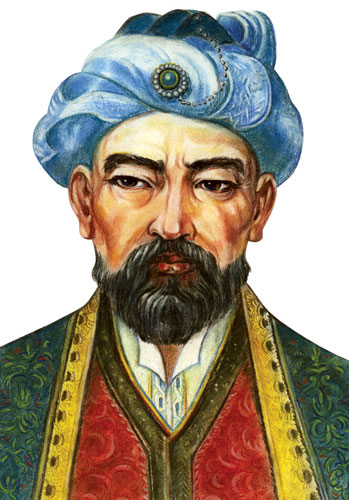 Historical cultural ties between Central Asia, Kashmir and India as a whole originated in the distant past. Despite the mountains separating these territories, a large number of travellers, refugees, traders, artisans, scientists and conquerors flocked to Kashmir from time to time. One of them was Mirza Haidar Dughlat (Muhammad Haidar Dughlat) – a representative of the first generation of the Great Mughals.

The ancestors of Mirza Haidar were well-known aristocrats, leaders of the Dughlat tribe who lived in the territory of present-day Southern and Southeast Kazakhstan and Kashgar. More than once they succeeded in elevating the Khans to the Mogolistan throne, meeting their interests. In gratitude for the faithful service, the Genghis Khan dynasty back in the 13th century, during the life of Chagatai (second son of Genghis Khan), transferred to the ancestors of Mirza Haidar Dughlat the territory of Kashgar (East Turkestan), where they founded a new khanate. But the cousin of Mirza Haidar’s grandfather won the fight for the throne. The loser was forced to leave for Central Asia with his family.

Here, the father of Mirza Haidar, Mohammed Hussain, in about 1492-1493, married Princess Khub Nigar, the third daughter of the ruler of Moghulistan, Yunus Khan. In 1499 she bore him a son – Mirza Muhammad Haidar Dughlat. The life of the future scientist and commander came at a time when the present Turkic peoples – Kazakhs and Uzbeks – were just beginning to form as independent ethnic groups.

From the first years of birth fate was very severe for the future ruler of Kashmir: the boy lost his mother when he was not even two years old. In 1508 Mirza Haidar lost his father, who was killed by order of Shaybani Khan.

Remaining an orphan, for several years Mirza Haidar lived with his cousin, on his mother’s side, Babur (mother of Babur Qutlugh Nigar Khanim was a sister of Khub Nigar Khanim). It used to be that the future scientist and warrior had only one sister. But studying Tarikh-i-Rashidi, it turned out that he had two younger brothers – Abdullah and Mohammed Shakh, as well as sisters.

Mirza Dughlat later began to live in Andijan. There, the grandson of Yunus Khan, Abu Said Khan, married the elder sister of Mirza Haidar, Khabib Khanish, and in turn gave his sister to marry him, making him a guragan – the son-in-law of the Khan dynasty. Since then, the honorary title has joined the name of Mirza Muhammed Haidar – guragan (a derivative of the Mongolian word kurugen or hurgen, “son-in-law”, “Khan’s bridegroom.” This meant that the bearer of this title had a relationship with the Genghis Khan dynasty and could freely live and act in their homes). 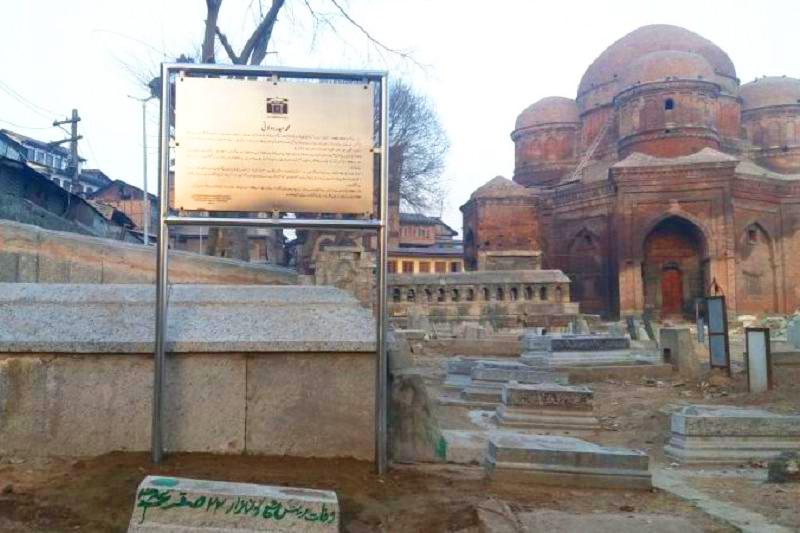 Mirza Haidar first arrived in India in late December 1532 with the army of Said Khan and accompanied by his second son Iskander. First, Said Khan ordered him to conquer the Tibetans. The soldiers arrived in the mountain Nubra and occupied the main fortress there. Then, having received permission from Said Khan, the four thousand-army led by Mirza Haidar headed for Kashmir. On the way, they conquered the people of Baltistan. Using local highlanders as guides, by the end of the same year they reached the Zuji pass (the current Zoji La).

So, after a prayer was offered in Kashmir in honor of Said Khan, new coins were cast with his name and one of the daughters of Shakh Muhammad was taken as a wife to Sultan Iskander, Mirza Haidar with his army turned back in May 1533. Despite a short stay in Kashmir, this region aroused his admiration. Kashmir made a big impression on him. Despite the fact that Mirza Haidar carried out military strategic tasks there, he carefully monitored the area in order to give scope to intellectual work. In “Tarikh-i-Rashidi” he systematized his knowledge about the history of the region, nature, religion of the local population, its customs, architecture.

In 1533, Mirza Haidar reluctantly left this country. He did not yet know that in seven years he would return again and conquer Kashmir already without any bloodshed.

In 1540, on the order of Babur, Haidar Dughlat and Humayun (the son of Babur) sent back to Kashmir. So the Kazakh warrior and chronicler became the governor of Kashmir, where he repelled the attacks of enemies and strengthened his influence.

Around the death of Mirza Haidar there is still a lot of obscurities. However, according to the well-established version, he was accidentally killed by the arrow of his warrior in 1551 during clashes with the mountain tribes of Kashmir. He was buried here with great honors.

During the 11-year reign, Muhammad Haidar Dughlat brought about 3 thousand artisans, who, on his orders, erected many objects in the style of architecture of East Turkestan. As a poet, he made a great impact on the development of the cultural component. At the same time, the scientist changed the local cuisine, introducing dishes of his homeland into it.

Muhammad Haidar Dughlat until the end of his days did not give up hope to return to the homeland of his ancestors, which was located on the territory of present-day Kazakhstan. Among the Kazakhs, there is still the largest tribal formation Dughlat.

Historical time is determined not only by economic, socio-political events but also by the activities of man, his will, intellect and mentality. The medieval era in the vast territory of Eurasia gave the world a number of great names that have become revered among many peoples. Mohammed Haidar Dughlat, one of the outstanding sons of my Fatherland, takes his rightful place in this honorable row. His journey back to his homeland was long and difficult. But he returned, enriching the spiritual and historical treasury of the Kazakh people. Today Taraz State University named after Muhammad Haidar Dughlat, in 1998 in honor of the 500th anniversary of Mirza Haidar his statute monument was erected in Taraz city; streets were named after him in a number of cities of Kazakhstan.

Paying tribute to the great man, in January 2018 in the city of Srinagar (Jammu and Kashmir) the grand opening of the restored grave of Muhammad Haidar Dughlat and the Kazakh-Indian conference dedicated to his legacy were held.
Work on the restoration of the grave in the cemetery of the sultans of the Mughal empire “Mazar-i-Salatin” and the installation of an information plate about him was initiated by the Embassy of Kazakhstan in India, with the support of the Archaeological Survey of India, after my trip to Kashmir in September 2015.

(The author is former Kazakh Ambassador to India)