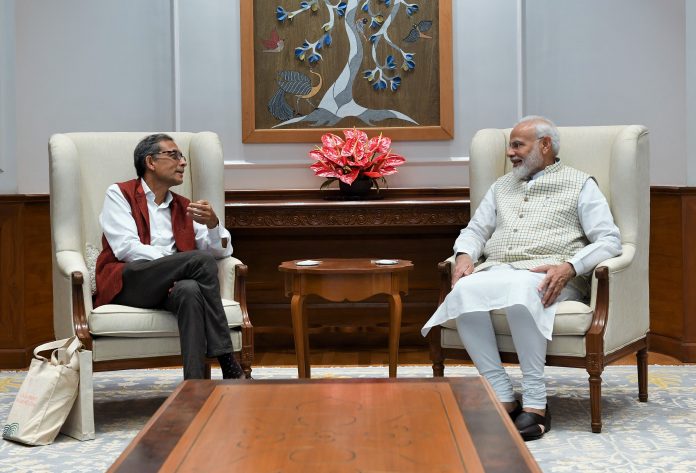 Prime Minister Narendra Modi met Nobel Prize 2019 winner Abhijit Banerjee here on Tuesday and said that the latter’s passion towards human empowerment is clearly visible and the country is proud of his achievements.

Terming his meeting as excellent, Modi said that he had a healthy and extensive interaction with Banerjee on various subjects.

“Excellent meeting with Nobel Laureate Abhijit Banerjee. His passion towards human empowerment is clearly visible. We had a healthy and extensive interaction on various subjects. India is proud of his accomplishments. Wishing him the very best for his future endeavours,” the Prime Minister tweeted alongside a photo of the meeting.

ALSO READ: Armed forces have capability to give befitting reply to those casting…

Banerjee, an Indian-origin economist and an academic professor, was jointly awarded the Nobel Prize in Economic Sciences along with his French-American wife Esther Duflo and American economist Michael Kremer “for their experimental approach to alleviating global poverty.”

The 58-year-old Kolkata-born economist is currently the Ford Foundation International Professor of Economics at Massachusetts Institute of Technology.