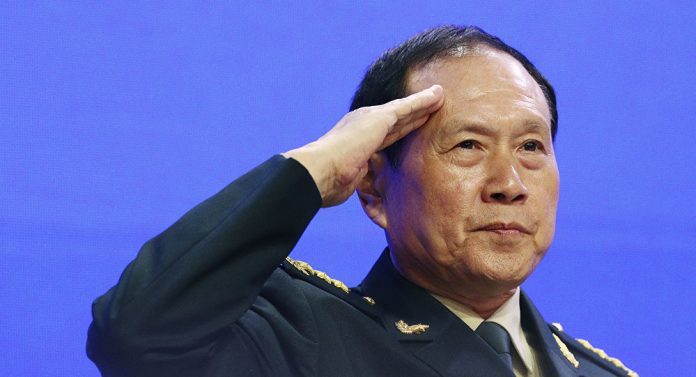 Chinese defence minister Wei Fenghe has said that reunification of Taiwan into the mainland is in this country’s national interest and no force could prevent this reunification.

These remarks were made at the inauguration of the Xiangshan Forum, a security dialogue similar to the Shangri-La event in Singapore.

The two nations have seen increased tensions even as Taiwan is all set to conduct its Presidential elections in the month of January 2020.

ALSO READ: Your World the week ahead

The defence minister also added that this reunification is a natural process and is supported by the Chinese nation and its people.

China also objects to US assistance to Taiwan as part of an agreement and claims that various US led exercise in the South China sea is contrary to international peace.

China has been buying diplomatic influence around the world and is coercing nations to snap all forms of association with Taiwan even as it goes around violating well established principles of sovereignty.

The conflict between the Chinese Communist Party and the Kuomintang National Forces ended in 1949 when the latter retreated to Taiwan.

UN Diplomat Amit Sinha is not surprised by these comments coming in from the defence minister. He has pointed out to their illegal actions in South China Sea and their brutal crackdown on the protestors of Hong Kong. He says that the world is watching China and he hopes that East Asia is able to retain its geo political stability unlike their West Asian counterparts.

Researcher on the Asia-Pacific region and Oxford scholar Jyotsna Mehra sees nothing alarming in these statements. She points out that recent happenings in Hong Kong and President Xi Jinping’s attempts to arm twist companies into submitting to the ‘One China Policy’ is in line with these comments.