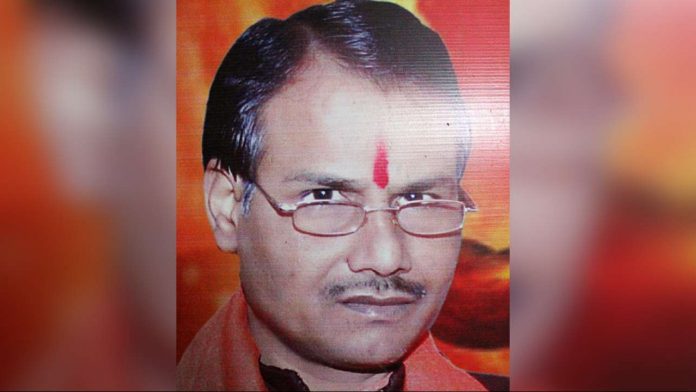 Three persons have been held by a joint team of Uttar Pradesh and Gujarat Police in connection with the murder of Hindu Samaj Party leader Kamlesh Tiwari, UP’s Director General of Police (DGP) OP Singh said on Saturday.

“During initial interrogation, the accused persons confessed to their involvement in the murder. They had been radicalised and killed the victim for a 2015 speech given by the victim in which he had said some objectionable things,” Singh was quoted by newswire ANI.

The accused, who were arrested in Gujarat, have been identified as Maulana Mohsin Sheikh (24), Khurshid Ahmed Pathan (23) and Faizan (21).

“Initial investigation has revealed that Khurshid Pathan had planned the murder and Maulana Mohsin had acted as a motivator in the plot ,” Singh had said in a press conference.

He also said that no links with any terror outfits have been established in the matter.

“We are working in collaboration with the Gujarat Anti-Terrorism Squad (ATS), till now no link with any terrorist organisation has been established. We will look into all the details and take action,” Singh said.

Two other persons, identified as Maulana Alwar Ul-Haq and Mufti Naeem Kazmin, were also named as co-conspirators in the FIR and were earlier detained.

The DGP said a team of UP police is already in Gujarat and another might be sent there for intensive interrogation. “If needed, we might even take them into custody and bring them to UP,” he said.

Singh said the victim had been provided security.

“The victim was given a gunner and a policeman and both were there with him. There was no laxity on the part of the police administration,” he said.

Tiwari was shot dead at his residence by some unidentified persons on Friday afternoon. The family of the victim had said that he had received a threat to his life in 2016.