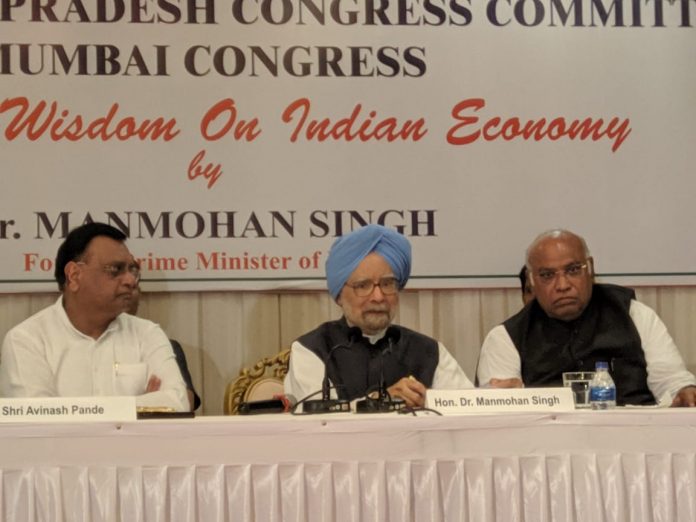 Singh, who is in Mumbai to campaign for the Congress, in the state polls attacked government’s handling of the economy, insisting that its policies were responsible for growing unemployment, farm suicides and factories shutting down.

Singh also delivered a sharp comeback to finance minister Nirmala Sitharaman who told her audience at Columbia University’s School of International and Public Affairs this week that state-run banks in India had their “worst phase” when Dr Singh was prime minister and Raghuram Rajan, the RBI Governor.

“I have just seen the statement by the finance minister Nirmala Sitharaman. I would not like to comment on that statement but I can merely point out that before one can fix the economy, one needs a correct diagnosis of its ailments and their causes. The government is obsessed with trying to somehow fix blame on its opponent. In the process, it is unable to find a solution that will ensure the revival of the economy particularly strengthening of the banking system,” he said.

Dr Singh also came with up with scathing status report on the economy, particularly in context of Maharashtra and countered PM Modi’s campaign pitch on what he has been calling “double-engine” — where the same dispensation at both the central and state level would lead to greater coordination, more resources, and, therefore, more development.

This model, he said, had utterly failed. The manufacturing sector growth rate in Maharashtra has been on the decline for 4 years. The state had witnessed one of the highest number of factory shutdowns in 5 years and imports of chemicals, fertilizers and electronics, which are made in Maharashtra, had increased.

Dr Singh said despite the promises of doubling the farming income, suicide rates in rural parts of the state had doubled. The industrial slowdown had led to factories closing even as the youth was forced to take up low-paying jobs.