Prime Minister Narendra Modi will hold three public rallies in Akola, Jalna and Pavel in the poll-bound Maharashtra on Wednesday.

PM Modi started his election campaign in the state from Jalgaon and Sakoli on October 13. 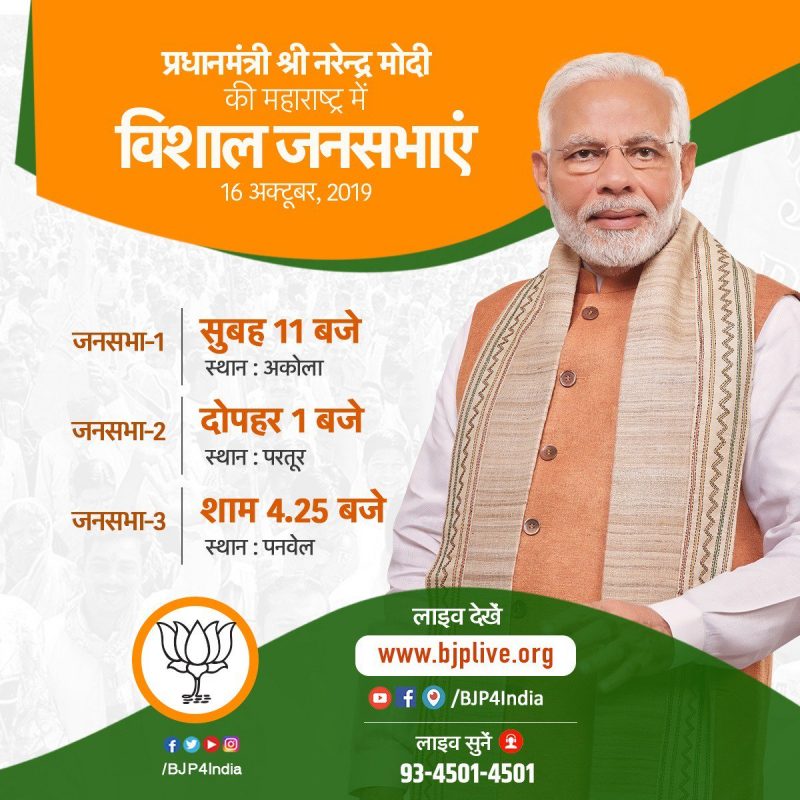 He addressed the first of his four grand rallies in Ballabhgarh, Haryana on October 14. His last rally in the state of Haryana will be in Hissar on October 18, a day before the last day of election campaigning.

PM Modi is likely to emphasize on Centre’s work on the abrogation of Article 370, Triple Talaq, National Register of Citizens (NRC) as well as highlight the schemes implemented by the Maharashtra CM Devendra Fadnavis-led state government.

Elections to the 288-member Maharashtra Assembly, along with the 90-member Haryana Assembly will be held on October 21. The counting of votes is scheduled to commence on October 24.