Home Trending Now US imposes sanctions against Turkey; critics of Trump call it a ‘face... 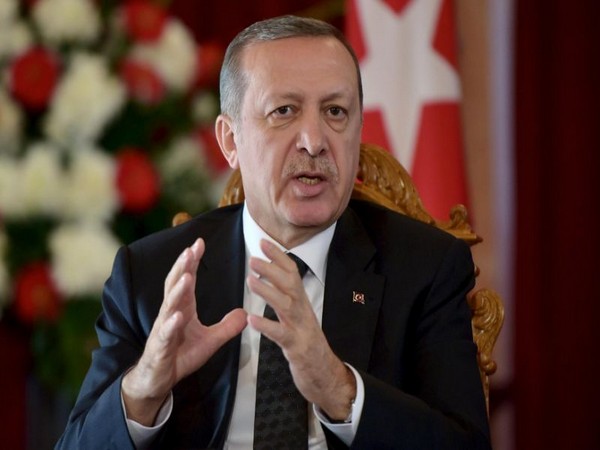 The US has re imposed economic sanctions on Turkey for its invasion of North Syria and its slaughter of innocent Kurds, an ethnic group which helped the coalition forces defeat the Islamic state of Iraq and Syria.

The US announced that it is calling off a trade treaty negotiation worth US $100 Billion and is re imposing 50% tariffs on Turkish steel. The latter is said to be more harmful to Turkish economic interests.

This was after US President Donald Trump threatened to destroy Turkey economically if it attacked the Kurdish population.

ALSO READ: Pakistan all set to be on FATF’s ‘Dark Grey list’, no country expected to support it

The US had imposed 50% tariffs on Turkish steel last year to secure the release of its citizen Pastor Andrew Brunson. It had sent the Turkish lira sliding down 30% and triggered massive inflation and damaged living standards. The tariffs had been reduced to 25% this May.

These actions are being viewed as a face saver by critics of President Trump who has announced the withdrawal of US troops from the region.

The Kurds had fought alongside the coalition forces and defeated the Islamic state. After the US withdrawal, taking advantage of the void, Turkish President Erdogan announced the invasion of Northern Syria.

He intends to create a buffer zone of 30 kms and wants to re settle the Syrian refugees there.

This has created a massive humanitarian crisis and Turkey has blood on its hands. According to UN, more than 1,60,000 people have been displaced. India had warned of this while condemning the actions of Turkey.

This is only expected to help the resurgence of the Islamic state. Russia had warned of this.

France and Germany had imposed an arms embargo.

UN Diplomat Amit Sinha believes that Turkey is trying to re establish the Ottoman empire in the region and only understands the language of sanctions.

Oxford graduate and International Relations scholar Jyotsna Mehra explains the history of this relationship. According to her, in recent times, the relations were sliding southwards and the recent attack on an US post there has shrunk the space for any kind of settlement. It has necessitated a strong US reaction. She points out the fact that the” Kurds are largely secular and have fought the Islamic state. Had Trump not imposed the sanctions, the world community would have blamed for abandoning the Kurds and indirectly supporting the resurgence of the Islamic state. Additionally it would have seemed that Trump had surrendered to the whimps and fancies of Erdogan. It is a good sign that the Kurds have sought the support of Russia and other powers in the Middle East”.