Indian-born economist Abhijit Banerjee, the recipient of the 2019 Nobel Prize for Economics, has made every Indian proud of him. Along with his wife and fellow researcher Esther Duflo and peer Michael Kremer, the three have won the award for their research on poverty alleviation and income inequality. 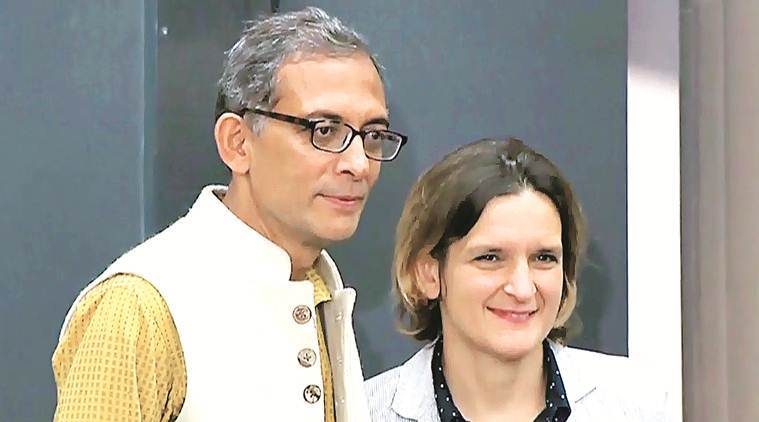 The MIT professor was born in Mumbai and studied at the University of Calcutta, then the Jawaharlal Nehru University in New Delhi. He went on to receive his Ph.D. from Harvard University in 1988.

He is currently the Ford Foundation International Professor of Economics at the Massachusetts Institute of Technology. The co-founder of the Abdul Latif Jameel Poverty Action Lab (J-PAL), along with Duflo and Sendhil Mullainathan, Banerjee is the new age wizard of economics.

He is also part-president of Bureau for the Research in the Economic Analysis of Development and was elected a fellow of the American Academy of Arts and Sciences.
In the apst, he has served on the UN Secretary-General’s High-level Panel of Eminent Persons on the Post-2015 Development Agenda.

But did you know that apart from studying world economy, Banerjee is a fantastic cook, writer and fond of movies and music? 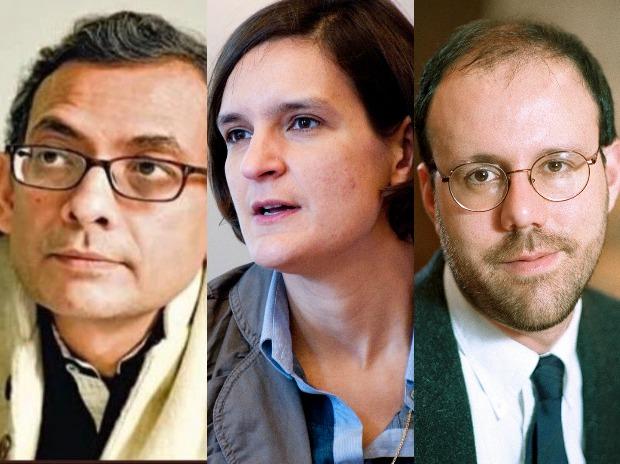 Find out some hidden secrets about the Nobel prize winner.

Economics as a legacy
The Nobel laureate’s father, Dipak Banerjee, taught Economics at Presidency College. His mother, Nirmala Banerjee, is also an economist.

Banerjee and his wife Duflo have known each other for years. In fact he was her co-supervisor while she studied for her Ph.D at MIT. They have worked on a number of research papers in the past and have co-authored world’s bestselling books on economics.

Their book titled Poor Economics was a best seller and won the 2011 Financial Times and Goldman Sachs Business Book of the Year Award.

The ‘cameraman’
The economist turned director twice in his career so far. He has co-directed two documentaries, the Name of the Disease (2006) and the Magnificent Journey: Times and Tales of Democracy (2019). 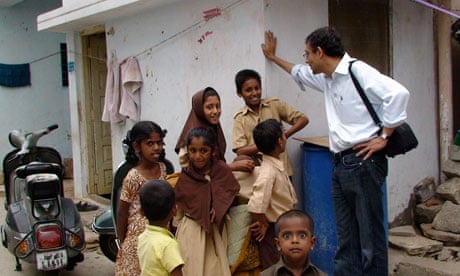 The awards that refuse to stop
Till date, he has been awarded more than three dozen fellowships and honours. He was elected as a fellow of the prestigious American Academy of Arts and Sciences in 2004.
In 2009, he won the Infosys Social Sciences Prize in 2009. After that in 2013, he was on the expert panel of the United Nations responsible for the finalization of the Millennium Development Goals.

For J-PAL, Banerjee has won the BBVA Foundation Frontiers of Knowledge for Development Cooperation in 2009. He was also named among Top 100 Global Thinkers in 2011 by the Foreign Policy magazine.

The Bengali genes that love to cook
He is a self-proclaimed cook and likes to cook everyday.
Infact after he received the award, his mother also acknowledged his love for cooking. 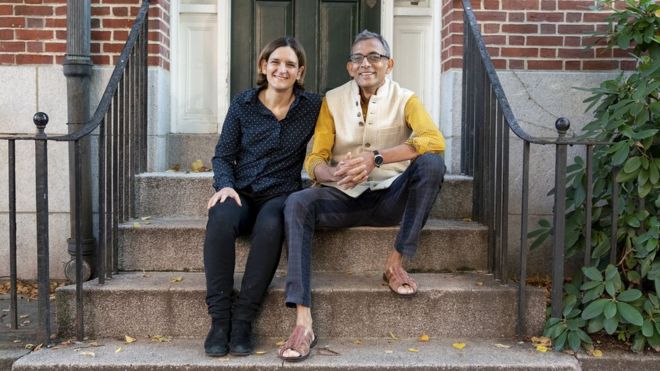 Schooling initiatives
The economist couple have together worked on a study on remedial tutoring which, according to data from MIT, has helped approx. 5 million Indian children.

A part of Congress’s ‘NYAY’
Last year, Banerjee was among 13 eminent economists, including Raghuram Rajan and Gita Gopinath, who outlined an economic strategy for India. He authored the chapter on healthcare.

He was also among the economists that Indian National Congress consulted to help formulate ‘NYAY’, a proposed minimum income guarantee programme for poverty alleviation.