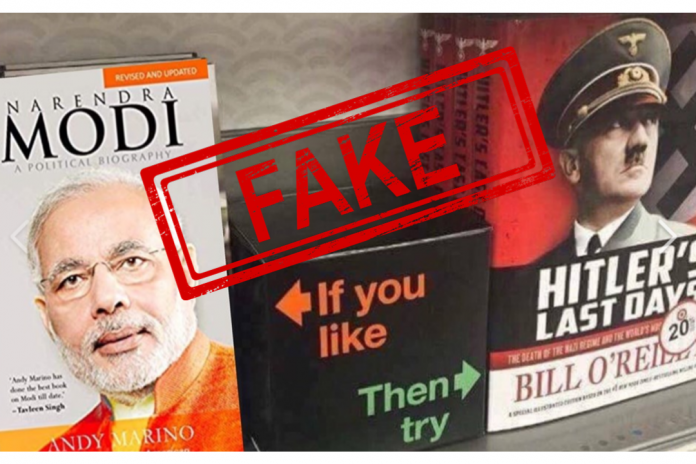 The caption of the post read: ”Saw this on Mumbai airport”. 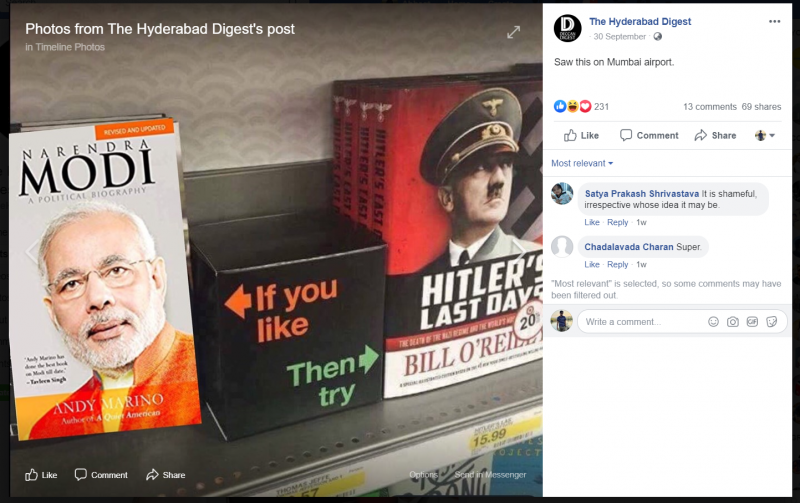 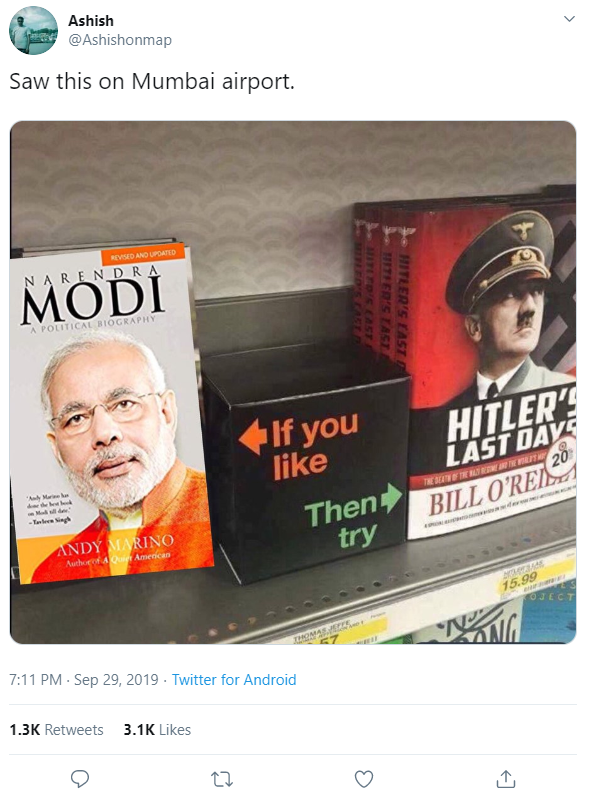 NewsMobile fact-checked the above post and found the image to be Photoshopped.

This bookshop is trolling #DonaldTrump in a very pleasing wayhttps://t.co/G9L7OVsxhn pic.twitter.com/jtFBEuuDvE

A simple Reverse Image Search revealed that in September 2016, verified handle The Poke’ tweeted the original image which shows the cover of Trump’s book instead of Narendra Modi: A Political Biography’. 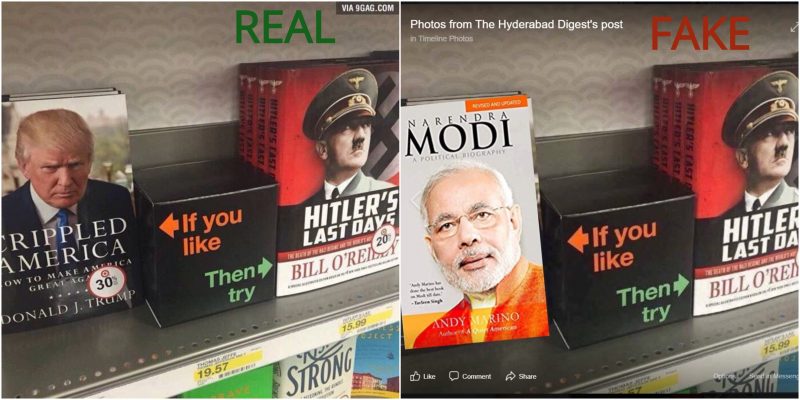 It is clear in the Real Vs Fake collage that the viral picture is morphed.

Hence, the above information proves that the photo was edited using a Photoshop software & is fake.